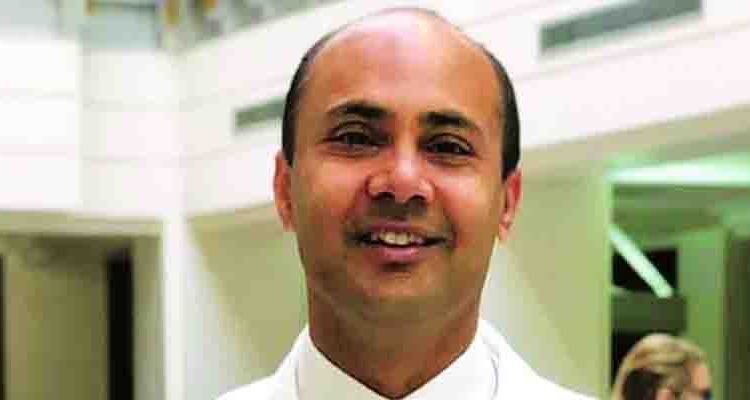 Where does India stand when it comes to oral cancer cases as compared to other countries across the world? At present, do we have any solutions to prevent oral cancer?
India contributes to about one-third of the global oral cancer cases. As far as prevention of the disease is concerned, labelling tobacco products—saying that these will cause cancer—and education starting in primary schools are some general measures. So far, there has not been an effective intervention. There is lack of awareness, especially among the users of tobacco products, that the use of the products is strongly linked to cancer.

Is there any initiative or programme going on to make people aware about the harmful effects of oral cancer?
Nothing beyond labelling cigarette packets, saying that this causes cancer. Tell us about the solution that you have developed with Tata Memorial Hospital and Strand Life Sciences to prevent oral cancer.
We had published this research in 2015. Later, when I joined UChicago Medicine, we became aware of this grant mechanism of the Tata Centre for Development (TCD). We applied and got it. The only reason that this has been successful is because of the support from TCD since it’s difficult to get funding for these types of projects. We have something that we developed in a pre-clinical laboratory and moved it to a different country, hoping to commercialise it, which doesn’t happen regularly or easily. Moreover, given the significant impact oral cancer has in India, they were equal partners and tried to take this to the next level and develop, improve and make assays applicable within India. We later partnered with the Tata Memorial Hospital, Mumbai and then with Manipal College of Dental Sciences to really have a certain multi-dimensional approach, so that when we do bring this to market, we have support from different sectors in healthcare.

What possibilities did you see in saliva before thinking of developing this solution?
Oral cancer develops in the cells of the mouth and cancer cells die just like other cells. Further, the DNA of cancer cells have errors or mutations in them. Hence, it seems obvious that the abnormally mutated DNA will also be present in saliva. So, we had a theory, which we tested, and a supportive significance where we have been able to take 100 per cent of the saliva. So, we have tried to decrease the cost of the assay and make it more applicable for India.

As far as oral cancer is concerned, what do you think are the major challenges? What other solutions, except the one you have developed, can be implemented to prevent the risk of this disease?
More than 50 per cent of oral cancer cases are diagnosed at stage three or four, which is a major challenge. At stage three or four, the prognosis is much worse and the survival rate is about 30 to 40 per cent. So, the challenge is to detect cancer at stage one or two, when the survival rate improves to about 70 to 90 per cent. The treatment is not as significant. Instead of 12 hours of surgery and one or two weeks in the hospital, the treatment may include four hours of surgery and one day in a hospital and then you go back to normal life. So, that’s a big challenge we are looking to overcome: diagnose pre-cancer, so that treatment becomes much easier. We can identify the same mutations in the pre-cancer lesions.

Are you planning to reach out to the Government of India for any help regarding this?
Yes, we have to partner with the government. The students of Booth School of Business at the University of Chicago have taken this up as a global impact project. They are reaching out to the government, NGOs and private and public sectors, and trying to see how we can accomodate this.

Any other important thing you would like to add?
Beyond this assay, I think we all have a role to play. Further, prevention is indeed important for reducing incidences of oral cancer, and then early-stage detection. We all have the power to play an equal role by increasing awareness about the hazards of using tobacco products and betel quid (betel leaf, areca nut and slaked lime).

Over one billion people suffer from neglected tropical diseases: NCPEDP