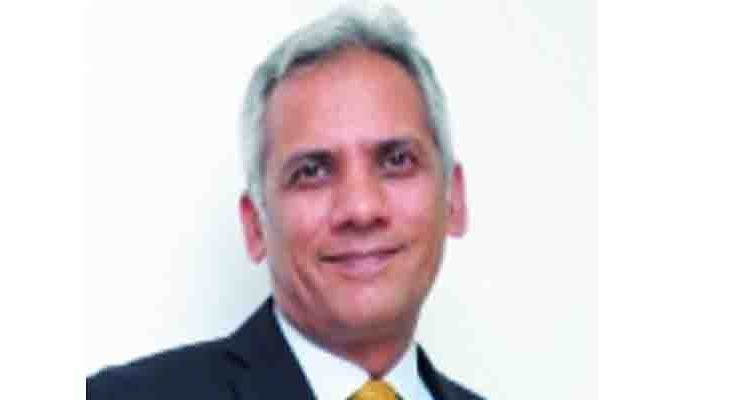 The world has witnessed a major demographic and epidemiological transition over the past few decades with non- communicable lifestyle diseases overtaking communicable disease as leading killers of humankind. In line with this transition, cancer has emerged as a major public health concern. With a rapid rise in the incidence of this disease, India is facing a surging cancer epidemic. The age-standardised prevalence of cancer is estimated to be 97 per 100,000 persons with a higher incidence in urban areas. Between 1990 and 2016, the number of cancer deaths in India increased by a whopping 112 per cent and the disease incidence rose by 48.7 per cent. According to ICMR, cancer claimed over 7.8 lakh lives in India in 2018. Breast, cervical, oral and lung cancers together constitute 41 per cent of the cancer burden.
Unfortunately, India’s healthcare system is not equipped to handle this surge, with a glaring paucity of diagnostic and treatment facilities outside select urban centres. There are just a few over 60 dedicated cancer care hospitals in the country which are grossly inadequate to handle the rising burden of disease. Shortage of oncologists, surgical oncologists and radiation oncologists is another major hurdle.

A study published in the Journal of Global Oncology in 2019 projected that cancer cases will double every 20 years as India continues to age. There is a need for not only increasing cancer care facilities but also expanding their availability beyond select urban areas.

Shortage of specialists and infrastructure

The Indian Institute of Health Management Research estimated that India will need about 550 cancer treatment centres and over 5000 oncologists by 2021. The government had announced plans to establish 20 new advanced cancer treatment facilities across the country, one in each state, over the next few years to meet the rising burden of the disease. However, the government’s plans also face the logistic hurdles such as shortage of specialists and surgeons in oncology. Lack of accessibility to cancer care beyond top tier urban areas is another worrisome aspect. It is estimated that 40-60 per cent of available facilities are concentrated in less than 10 metropolitan cities while millions of people have no cancer care facility in their towns and villages. Southern and Western India accounts for almost 60 per cent of specialist facilities highlighting another geographical skew. Similarly, estimates suggest that India has less than 3000 mammograms installed while just around 30 per cent of the cancer centres have advanced imaging technologies such as PET-CT scanners.

We need a concrete medium and long-term plans involving both the government and private sectors to address this mammoth shortage. Not only do we need more hospitals and cancer care units we also need to create a democratic availability of the same. Rather than opening new hospitals in the state capitals or major cities, the government must strategically identify areas where cancer care is the most inaccessible. All the new planned hospitals must come up first in those under-served areas.

Here, I would also like to urge the private sector to consider it a social obligation and take a lead in filling these voids. Private hospitals need to penetrate into smaller towns to be able to make quality care more accessible. This must be done by devising innovative low-cost models of healthcare delivery that can stay profitable yet affordable. As a healthcare provider, we are working to fill the void by taking quality cancer care closer to people in Tier 2 cities like Panchkula and Patna and also in Tier 1 city like Gurugram to ensure a more democratic availability of diagnostic and quality treatment facilities.

The government must roll out a series of incentives to the private sector such as land procurement at subsidised rates in remote areas, tax holidays and GST exemption on diagnostic equipment and machinery purchased for hospitals in smaller towns. Greater penetration of private hospitals will also help patients get the benefit of insurance through Ayushman Bharat scheme. According to estimates, there are about 2000 oncologists in India currently and this number needs to increase sharply if cancer care is to be made more accessible. Herein comes the need to increase both MBBS sets as well as PG seats in oncology and surgical oncology.

As much as a debilitating disease, cancer is also a drag on resources, with cancer care among the most expensive treatments. Cancer by far remains the highest contributor to out-of-pocket expenses. Estimates suggest over 60 per cent of households who seek cancer care for a member incur out of pocket expenditure more than 20 per cent of their annual per capita household expenditure, throwing many of them into poverty.

This is why apart from making affordable cancer care more accessible, it is equally important to increase the penetration of health insurance. We hope in the coming years, the government will work on expanding the PMJAY scheme to a wider section of the population including middle classes through options such as co-pay mechanisms. We also need to create greater awareness among people about the need for insurance.

While the above two subjects deal with the curative part, we will not head anywhere unless we focus equally on the prevention side. Behavioural and dietary habits that are believed to be the triggers for almost one-third of all cancers include high body mass index, low fruit and vegetable intake, lack of physical activity, excessive consumption of processed and packaged foods, tobacco and alcohol use. It is estimated that over 30 per cent of cancer related deaths can be prevented by modifying key risk factors, particularly tobacco use.

Raising awareness among people about following healthy lifestyles and refraining from sedentary lives are important interventions needed at the grassroots. At the same time, we also need to encourage people about symptoms they shouldn’t ignore and the need for regular preventive screenings. Unfortunately, a majority of cancers in India are diagnosed at later stages when treating them becomes difficult. Cancer screening must therefore be conducted by individuals in close consultation with their physicians.

New technologies in COVID-19 treatment must be adopted with caution

We are trying to prevent anaemia amongst pregnant women, says Maharashtra’s…