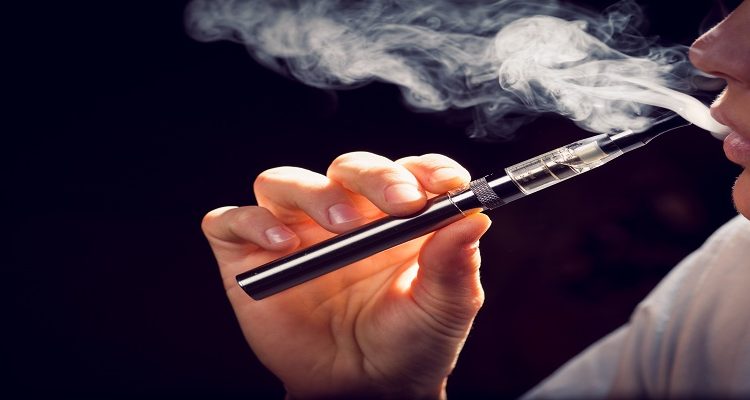 On the eve of World No Tobacco Day, the Indian Council of Medical Research released White Paper on Electronic Nicotine Delivery System (ENDS).

ENDS or e-cigarettes are battery-powered devices used to smoke or ‘vape’, a flavoured solution containing a varying concentration of nicotine, an addictive chemical found in cigarettes and other forms of tobacco products. These devices also contain other ingredients as flavouring agents and vapourizers, which are also found to be harmful for health. The most common type of such devices is e-cigarettes that produce an aerosolized mixture of the flavoured liquids and nicotine, which is inhaled by the user. Nicotine is considered as one of the most addictive substances and the rapidity at which it is introduced into the body, age of first exposure and the dosage administered all add to determine the potential risk of a person being addicted to it throughout life.

ENDS or e-cigarettes are manufactured in such a way to resemble traditional tobacco products like cigarettes, pipes, cigars, and common gadgets like flash drives, flashlights, or pens. Currently, there are more than 460 different e-cigarette brands with varied configuration of nicotine delivery available in the market.

Use of e-cigarettes adversely affects almost all the human body systems with impact across the life course, from the womb to tomb. E-cigarette use adversely affects the cardiovascular system, impairs respiratory immune cell function and airways in a way similar to cigarette smoking and is responsible for severe respiratory disease. It also poses risk to foetal, infant, and child brain development.

On the occasion, Prof K Srinath Reddy, President, Public Health Foundation of India and a renowned cardiologist and public health expert who has chaired the ICMR expert group for this white paper said that the tobacco consumption, especially cigarette smoking, has shown a decline in India in recent years, in response to several tobacco control measures that have already been initiated. Thus, at this juncture, marketing of a product like ENDS or e-cigarettes, with unproven benefit and high potential harm from addiction and health risks, is unwarranted as a tobacco control measure. The risk of youth addiction is high, as borne out by international experience and in Indian media reports. The adverse population-level health impact will outweigh any presumed benefit to individual cigarette smokers. Moreover, it can open a gateway for new tobacco addiction which is a potential threat to the country’s tobacco control laws and ongoing tobacco control programmes and efforts.”

Prof Ravi Mehrotra, Director, ICMR-National Institute of Cancer Prevention and Research, said the declining trends of tobacco smoking in India is a good positive indication to tobacco control measures. However, “Smokeless tobacco use still remains a public health concern beyond the Southeast Asia Region and requires a comprehensive approach to deal with the various challenges its control. ENDS or e-cigarettes are not the only products which have been marketed as an alternative to regular tobacco smoking. There are other devices like heating but not burning of tobacco, Non-Nicotine Delivery Systems, already available in the markets which are also used by both the smokers and well as non-smokers without any known safety and efficacy of these products as tobacco cessation aid.

Prof Balram Bhargava, Secretary, Department of Health Research, Government of India and Director General, ICMR, said, “Given the extent of harmful health effects of e-cigarettes to the users as well as passive exposure and multiple faces of the ENDS or e-cigarettes use epidemic around the world where it was introduced, if no appropriate interventions are taken at the right time by bringing together all stakeholders under one umbrella to prevent this impending epidemics of e-cigarettes use, it can lead to a public health disaster in India.”

ENDS or e-cigarettes are also harmful to non-users and have adverse health impacts even when people are exposed to second-hand vapours. Passive exposure to vapours during pregnancy can severely affect the health of both the mother and foetus. There are reports of poisoning due to accidental swallowing by children. These devices also can cause fire and explosion.

Will Harsh Vardhan prove to be a vardaan for Swastha Bharat?

How biophilic and interactive design interventions could help make hospitals…