Home  »  Blogs  »  Neonatal Emergency Transport Service (NETS): Is India prepared to have one?

Neonatal Emergency Transport Service (NETS): Is India prepared to have one?

Although literature repeatedly suggested the need for regionalisation of new-born care, with stress on specialised transport, we were still far away from implementing a uniform strategy in India, believes Dr Vidheya Venkatesh, Senior Consultant – Neonatologist and Paediatrician, Cloudnine Group of Hospitals 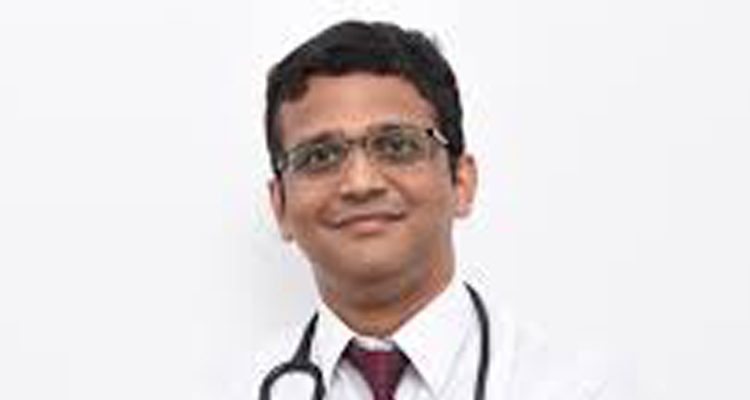 India, with more than 25 million live births per year, has witnessed a slow decline in neonatal mortality rate (NMR) (from 52/1000 in 1990 to 29/1000 in 2013) in last few years. With this sluggish advancement, the country has not been able to achieve its millennium development goal (MDG) of NMR (17/1000 live birth). One area that has been a neglected subject of attention of our policymakers, government and industry at large is the neonatal transport, in other words providing transport services and right medical care to pre-term babies who are not getting the required clinical treatment they deserve at the time of their birth due to lack of quality NICU infrastructure. This is particularly evident in the context of developing countries like India.

Evidence suggests that mortality in transported new-borns is much higher than inborn babies, but there are lack of robust data on neonatal deaths that could be ascribed to transport. Although literature repeatedly suggested the need for regionalisation of new-born care, with stress on specialised transport, we were still far away from implementing a uniform strategy in India. For instance, until 2004 before the establishment of neonatal networks neonatal transport in the UK, an adhoc team was arranged either from the referring centre or the neonatal unit team from the tertiary care neonatal unit who was the team to prepare and perform transport.

In our country, a vast majority of the babies are born in places where the appropriate resources, who can look after the babies, is not available, and therefore would need to be transferred to a care setting. We, as doctors, should aim to bring the NICU to the patient, so that, as they arrive, we may spend a considerable amount of time at the bedside with the baby. We should stabilise the baby whenever possible prior to loading them for transport. We may spend time placing IVs or umbilical lines, evaluating X-rays, protecting the airway and working to provide respiratory support, in addition to providing medications to ensure your baby is stable for transport. In such a scenario, a Neonatal Emergency Transport Service (NETS) is integral to the delivery of a high-quality neonatal service.

Over the past few years, we have witnessed specialised transport services that have been activated in most of the states. Although, out-of-pocket expenditure but the absence of health personnel in the ambulance still continues to pose hurdles. With gradual expansion of road transport to the farthest corner of the country and introduction of free transport for all neonates, it brings opportunities for us to reach all the sick newborns to the nearest equipped hospital at the earliest.

Telecommunication and presence of health personnel during transport and training on life support are other initiatives boosting healthcare of the neonates during transport. Thus, improved transport could be a solution for reduction of stagnant neonatal mortality in India.

India and its challenges

Neonatal transport in India is still in its infancy. With the absence of any dedicated transport system for referred newborns, a major chunk of critical newborns unfortunately succumb to death soon after reaching tertiary centres. As a result, close to 40 per cent of neonatal deaths occur within first 24 hours of admission. Transporting a sick newborn to an equipped health facility is a challenge in India due to scarce and inequitably distributed health facilities and underdeveloped transport network. Though in-utero transport of the newborn and delivery at an adequately equipped centre are ideal, a pre-term delivery and all the subsequent perinatal problems cannot always be anticipated. This results in an increased need to transfer such babies after birth. Stabilisation of new-born during and before transportation has been shown to improve the condition of new-born in terms of temperature, blood glucose, oxygenation and blood pressure, thereby improving the outcome of such critically sick neonate. In the developed countries, the networking and regionalisation of neonatal emergency transport has evolved from the 1990s onwards and is well-developed. Survival rates have improved over the last few years although in-utero transfers carry a better prognosis than ex-utero transfers.

Over the years, neonatal services under the National Health Mission (NHM) have expanded and has led to setting up of tertiary neonatal units and the Special Newborn Care Units (SNCU) in many districts and Newborn Stabilising Units (NBU). The babies who require further intensive care are then referred out to either teaching hospitals where the intensive care facilities are available or to private hospitals. As there are no dedicated neonatal transport teams, parents are forced to arrange for transport themselves or use the inadequately resourced available transport facilities. A prospective study done by Jajoo et al showed that in over 75 per cent of instances, parents brought in the newborn in private vehicles with only about 23 per cent, who were brought in an ambulance. Amongst the babies who were transported in ambulances, less than half of them were adequately equipped in terms of resources to provide them warmth and oxygen. It is no wonder then majority of the babies who were transferred in had hypothermia (low admission temperature) or hypoglycaemia (low blood sugar) or had hypoxia (low oxygen levels in the blood). In this study, the mortality rate was about 10.5 per cent.

With little research being conducted to know the process of transport and the outcome of referred neonates, it is sad to learn that far less documentation further adds to the deterioration in neonatal condition during transport. As we are evaluating the progress of our SDGs and its accomplishment, we are still in the phase of implementing diverse policies in different states and yet to ensure referral for all the newborns that are in need, with sole responsibility being left to the discretion of parents/guardians on many places. There is an urgent need to have a NETS facility at a national level to provide adequate clinical support that is required for precious deliveries done in any of the hospitals which themselves may not have sufficient neonatology infrastructure to handle extreme pre-term deliveries or high-risk deliveries.

Five reasons why business travel is good for your mental health

Inducing labour at 41 weeks safer than ‘wait and see’ approach

Telemedicine for Bharat: What is the Right Model?

The triple economic burden faced by the healthcare industry