Home  »  Cardiac Care  »  Indian stent makers: No more on the fringes of business

Indian stent makers: No more on the fringes of business 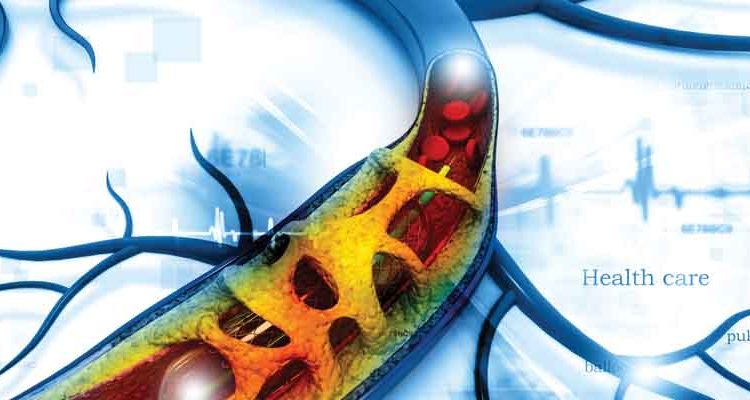 The government’s move to regulate stent prices in order to bring in equilibrium and ensure affordability for patients has disrupted the entire market dynamics. Multi-national stent companies which sold their products at prices ranging between Rs 75,000 and more threatened the government to withdraw their high-end stents from the market. At the same time, Indian stent manufacturers took this as an opportunity to increase market share. Two years down the line, even with the government increasing the prices by about four per cent, this move has proved to be extremely beneficial for the sector in two crucial ways— made the market more competitive with increased accessibility of high quality stents and pushed Indian manufacturers to start investing in clinical research in order to improve quality.

With this backdrop, Express Healthcare conducted a series of interactive video interviews with leading national and international research experts and interventional cardiologists who had gathered in Mumbai for an important cardiovascular meeting to understand this impact better. This is also part of the our new web series initiative which Express Healthcare will soon be launching. The interactions were based on the latest developments in clinical research within cardiovascular sciences in India, CVD management and cardiovascular stenting.

During these discussions, experts revealed that the Indian government is preparing a blueprint to tackle CVDs- which is proving to be one of the most insidious health ailment that Indians are dealing with. Also, post NPPA’s move to regulate stent prices (Check Box 1), domestic stent manufacturers are no more on the fringes of the business and are finally proving their worth not only in the domestic market but the European markets too.

Speaking of the market competitiveness, Sumit Goel, Partner-Healthcare Advisory at KPMG, informed,“In 2017, the stent market was around 9 lakh pieces with Indian stents comprising 60 per cent of the market, US MNCs 35 per cent with balance being from Chinese players and non-US MNCs. A significant shift in the market came with NPPA regulating the prices in stents in 2017, which reduced the prices by 80-85 per cent. Before the price control, MNC stents used to provide significantly higher margins to hospitals as compared to Indian stents and hence were promoted by the hospitals. However, after the price controls, the scenario changed, and Indian stents became
commercially as attractive as the MNC stents for the hospitals. With lower costs and better margins, Indian stent companies have invested in promoting their products. As a result, Indian stent companies have increasingly gained market share. In response, MNC companies have also modified their strategies. They offer a wider set of products that are used in a cardiac procedure and most of these products are not in the purview of price control. So by using a portfolio approach to sell their products, they have been able to partially offset the margin impact and promote their stents.”

Similarly, Dr Nirod Kumar, Director and Piyush Kumar, Senior Consultant, Transformational Health (Healthcare) Practice, Frost & Sullivan, share, “New generation drug-eluting stent (DES) with thinner stent struts, biodegradable polymer coating, and new limus proliferative agents have improved the safety and efficacy profile over the early generation DES. Once dominated by global players, Indian stent industry now has presence of both Indian and multinational companies. The leading Indian stent manufacturers are Sahajanand Medical Technologies (SMT), Merril and Translumina, while there are many MNC stent makers like Abbott, Medtronic, Umbra Medical Products, B Braun Medical etc. They are also growing at a fast pace in the more competitive western markets. Indian stent manufacturers have fared well in this competitive market widely trusted and captured by the global players. There was a time when patients and medical fraternity did not trust stents made by Indian companies, but today, Indian stent manufactures have expanded beyond boundaries and are serving the international market as well. In the recent years, use of Indian stents has grown significantly. In 2017, the share of Indian stent manufacturers grew to 61 per cent (5.4 lakh stents) of total stent sales in India (8,92,358 stents), from 57 per cent (5.1 lakh) in 2016.”

While the market grew more ambitious, this move also brought the much needed mindset change within manufacturers and providers. Today, most domestic players are looking to invest in clinical research and ensure improved quality of stents. With the availability for a variety of stents in a similar price range, has also opened the minds of providers. Says Dr Antonio Colombo, Director, University of Colombo, Italy, informed, “Last few years, lot of scientific papers have come out of India to build evidence-based medicine.” Refering to the recently published Talent trial in the Lancet, he said that the TALENT ( a study conducted by Sahajanand Medical Technologies (SMT) that compared their Supraflex stents to Abbott’s Xcience) is a real life study, findings are positive because stent made in India is totally non-inferior, not marginally but clearly to the benchmark of Xcience. “Now there is evidence that India can make very reliable products. Moreover, in Italy we do use Indian manufactured stents for our patients and they are really doing good.” Adding his view on the Indian government’s contribution in furthering more research work he stated, “The government also needs to help to conduct studies that can be sponsored by both the government and the industry.”

Likewise, Dr Alexandra Azmus, interventional cardiologist, Brazil also mentioned about the Talent trial and how Indian stents are now at par with the multinationals. He said, “Stents make it possible to treat more and more complex surgeries and avoid surgery. The recent interest of Indian companies investing in clinical research such as the Talent trial will give confidence to providers in India and abroad to use Indian stents. This will help stent prices to be more competitive and reach more patients.”

Dr Patrick Serruys, Lead researcher in the Talent trial pointed out that Indian manufacturers have great opportunity in the European and US markets. India will certainly benefit with progress. While international experts are very upbeat about the quality and reliability of Indian stents, Indian cardiologists are also turning their heads towards good quality Indian stents, but emphasise on the need for building more clinical evidence.

Dr Atul Abhyankar, Clinical Director for Interventional Cardiology, Mahavir Heart Institute, Surat says, “Research needs to be modified for country, important aspect is cost. We need inter-disciplinary approach towards training, meticulous data for research and evidence as well a efficient regulatory framework. India needs a system that is capable of identifying fallacies and training for scrutiny.”

Interventional cardiologists, Dr Nimit Shah, Dr Sanjay Porwal and Dr Sen Devadathan also pointed out that India needs a strong clinical research regulation that can ensure quality of medcial devices for pateints. Dr Devadathan recommended, “Educate patients for stents. There is a need to project better success stories from India. When it comes to clinical research, there needs to be structural practice and a lot of investment is required both from the government and industry. Moreover, we need additional focus on encouraging education in research at medical schools.”

Worry of public institutes being a dumping ground

While there are some Indian experts who have started to recommend Indian stents to their patients, there are concerns on how Indian stents are being dumped in government hospitals. Throwing light on this aspect, Dr Tabassum Khan, Interventional Cardiologist, BSES Hospital, Aarogyanidhi Hospital, SRV Hospital, and K J Somaiya Medical College revealed that alot of Indian stents are being used under the government’s national health schemes at public hospitals. She pointed out that although there is a change in mindset among doctors about Indian stents, there is still some level of skepticism that exist. Government schemes and public hospitals have therefore, become a dumping ground for Indian stents. While she clearifies that she totally believes that the new domestic stents available in the market are of high quality and she very well recommends them to even her private hospital patients.

Goel adds , “I think there are three aspects to consider – commercial reasons, quality of stents and category of stents used.Since the prices and distributor margins on stents are same for Indian and MNC stents of same category (bare metal or drug eluting stent), commercially it will not matter to the government hospitals, if Indian or an MNC stent is used. Now if the quality of Indian stents is not inferior (as the study mentioned above highlights for a particular stent), then again, use of Indian stents should also not be a concern. On the third aspect about category of stent being used – bare metal or drug eluting stent – the decision has to be driven by clinical need as assessed by the intervention cardiologist.”

Expounding further and urging the industry to look at this situtation a little differently, Dr Kumar asserts, “This move is obviously in favour of ensuring care for the lower section of the society who is hitherto unable to access care in private healthcare system. This would provide a competitive boost to the care segmentation and capabilities in both the private and public care system. Over the next 2-3 years a clear view should emerge on how some of the transformative technologies and innovation are being applied in this segment. This would normalise the pricing equation with primary focus on quality and safety of these stents.”

In future, regulatory pressures on medical devices and implants and their quality will be mounting. Quality is and will continue to be a significant component for stent manufacturers, providers and patients. Both Indian and MNC companies will need to maintain highest quality and patient safety standards. Just as the Talent trial that indicated Indian stents can be non-inferior to their competitors, there are reports that have pulled up MNC players for their non-compliance of qulaity standards. The focus in future should and will be patient safety and care.

Latest notification on stent prices with effect from April 1, 2019

Entry of Chinese players: China’s medical device manufacturing market is much bigger than India’s. They are able to manufacture stents at a similar cost as Indian manufacturers. Until 2016, Chinese players had no presence in the Indian stent market. In 2017, they captured 1 per cent market share, with 7,656 stents in sales