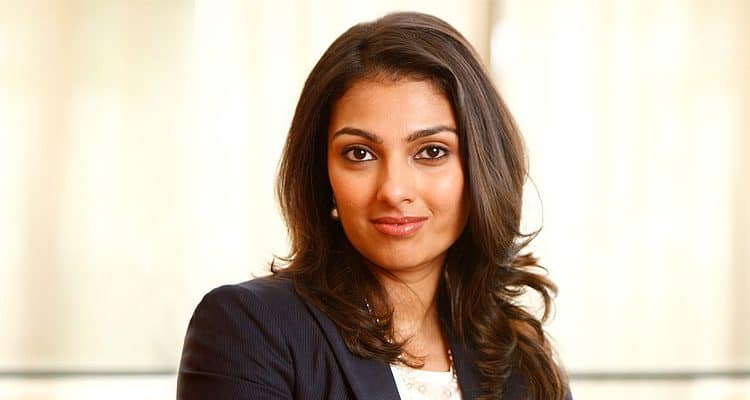 As the country biggest hotspot-Mumbai continues its relentless battle against COVID 19, many private institute hospitals and path labs alike have had to equally shoulder the burden of the rising incidence. Maharashtra’s CM, last week announced intensified testing efforts. He asked for more collaborations from the private sector. Private labs were also asked to first report every case to the BMC before the results were handed over to patients in order to ensure that no case goes unregistered. Ameera Shah, Promoter & MD of Metropolis Healthcare speaks more on the testing strategy adopted by the state, in conversation with Raelene Kambli

Recently, the number of COVID-19 test laboratories in Maharashtra has increased to 103 and the count of tests per million in the state has now doubled. Do you still think this is enough?

While the number of private labs is enough, the testing capacity can be increased multi-fold and private labs are well placed to do this. It is important for the government and municipal corporations to work collaboratively with labs to combat the rising infections in the state and the city. By doing proper demand forecasting and with a unique goal and objective, it is possible to increase the testing capacity in-order to remain ahead of the infection. We have been consistently adding 4000 new infections across the state each day, and yesterday we witnessed the highest ever spike and the positivity rate has also remained stagnant. A few states have considerably increased their testing numbers. Maharashtra is leading the table in infection numbers and only ramping up testing significantly will help us get ahead of the curve.

Mumbai’s testing strategy that has seen many flipflops as the city struggled to tackle a rapid increase in COVID-19 cases. What is your opinion on the same?

While the private sector has come to the forefront in this fight, Mumbai has also barred private labs with good capacity from testing for extended periods of time. Notices being issued for non-compliance and further banning labs for weeks has hampered the testing capacity. Additionally, the screening criteria were very limited for all of April and May and this also led to reduced testing, and maybe one reason why we are still witnessing an upward trend in infections.

If you look at Mumbai’s positivity rate, it is double than the state positivity rate at 17 per cent. This further lays the emphasis to ramp up testing. To increase the testing capacity significantly, some forecast numbers from the corporations and state units will be helpful as this will allow labs to create the required infrastructure and hire enough resources to execute the testing without hurting the Turn Around Time. With the addition of antigen and antibody testing now, testing numbers are expected to significantly go up.

Maharashtra has steadily increased its COVID-19 testing. But in Mumbai, where the rate of positive cases is higher, the number of tests is capped at 4000 tests per day by the BMC. How do you think the private sector can chip in?

In Maharashtra, the total number of cases as of June 24, 2020, stands at 1,39,010, out of which 68,410 are from Mumbai which amounts to over 50 per cent of the infections. While the state testing numbers have significantly gone up from the beginning of the pandemic, the city testing numbers have remained stagnant. The need for greater testing is now more than ever and it is important to wholeheartedly engage the private sector to tap into their full resources. By giving demand forecast numbers to labs and enabling them to hire enough resources, the city’s testing numbers can be easily doubled. Banning the largest private lab in Mumbai has also affected the numbers and we urge the municipal corporations to empower labs and collaborative efforts will lead to a better outcome for the citizens.

As of June 24, 2020, private labs which are lesser in number have conducted over 401849 tests and public labs have conducted 424520 tests in the state. Private labs have undoubtedly been at the forefront since day one of the pandemic and have supported both the state and the city in its fight by stretching their resources for the greater benefit of the public.

In recent times the testing related guidelines in Mumbai, have changed over nine times in nine weeks creating confusion and chaos among doctors, patients, and labs. What is the private sector doing to clear the confusion?

When guidelines change quickly and when you are conducting a large number of tests on a daily basis, the end result is noncompliance because of the sheer amount of documentation that is required. We keep getting calls from patients on if home-testing is allowed if e-prescriptions are enough to avail of a test etc. Private labs have put in a lot of investments in infrastructure to enable high throughput testing in addition to hiring manpower and ensuring employee safety by accommodating them in separate facilities, commuting, etc.

The private sector and public sector need to partner in a collaborative manner in all states for the greater good of the nation. When we are equal partners in the fight, we will also be motivated to put in the extra effort. But because of the trust deficit between the private and public sectors for decades, unfortunately, the collaboration has not happened.

Instead of clamping down labs with notices, the private sector needs to be empowered for more testing which will help the country bring down the infection levels. We have seen that we have added 1 lakh active cases in a short span of seven days and this number are only expected to go higher.

With antigen and antibody testing now being approved, we believe it will give the much-needed impetus to testing, and hopefully, we can recover from this pandemic while also opening the economy. Antibody testing is used to gauge past infection levels and antigen testing is used for a quick confirmation of a positive case. Both antigen and antibody testing has a high prevalence of false negatives and will have to be used under certain guidelines. For confirming a positive case, the antigen test will have to be used along with the RT PCR test. The RT PCR test will continue to be the gold standard for COVID 19 diagnosis.

Moreover, what is your opinion on multi-industrial collaborations to fight the health and economic crisis at the moment? What are the key strategies to be adopted to encourage this? How should India Inc take the one health approach and how can we foster collaborations to do so?

The health crisis can be fought only by the healthcare sector with support from corporates and various NGOs who have been mitigating crisis from day one. We have seen India Inc donate generously from their CSR budgets at the hour of crisis. Metropolis has also successfully partnered with various corporates and we are extending free testing for those in need with the help of CSR funds.

For the economy to fully open, we need extensive testing to gauge the infection levels which can be achieved through the antibody tests and by following safety protocols. We urge the government to allow and enable companies and industries to partner with labs and test its employees so that the fear and uncertainty is removed, and offices can resume in a safer manner, armed with the knowledge of infection levels. Sero-surveillance can also provide much-needed data to understand the prevalence of infection across different cities and districts. This data will help us plan a return to normalcy and we urge the government to fully utilise the potential of labs with large networks for this purpose.

Health ministry recommends use of Dexamethasone drug for COVID-19 patients