Technological revolutions in imaging over the years 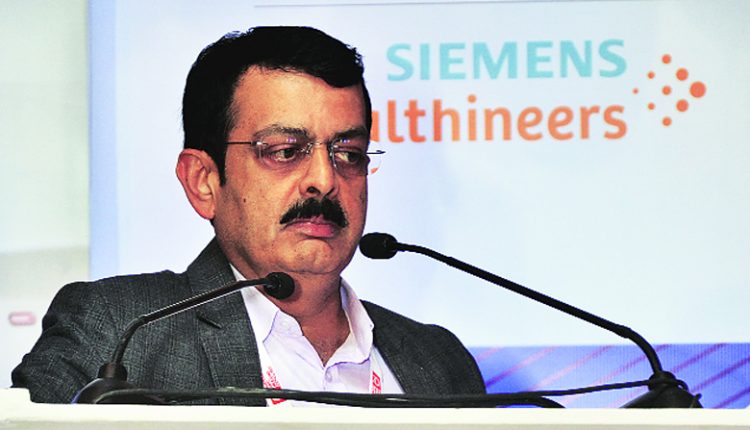 Speaking about the technical advancements that marked Artificial Intelligence in the field of radiology, Sudhir KN, CT Business Manager, Siemens Healthineers, held the audience’s attention as he gave a presentation on how medical technology has undergone transformation over the years.Sudhir talked at length about Artificial Intelligence and how it has revolutionised medical technology, specifically in imaging.

Using a pictorial representation, he discussed the way MRI and CT scans have changed over time. The presentation showcased a cinematic rendering image of a brain which was taken by Siemen’s Seven Tesla MRI. “Over the years, we have been able to achieve the clarity and the quality that these images posses by not only upgrading our hardware but also by enhancing our AI setup,” he stated.

Presenting another image of a brain’s MRI, Sudhir mentioned a BBC news programme on brain wiring which generated a worldwide interest in artificial intelligence-based reconstruction, “We are now able to catch images which look exactly like how a body part is depicted in an anatomy textbook, thanks to the advancement in AI which enable us to take cinematically rendering or photo-realistic images.”

On the significance of deep machine learning, a subset of AI, Sudhir mentioned how it helps vendors in doing advanced research work and in reconstruction.

“Deep learning is a much evolved, better technique that can be used to image reconstruction and also for general artificial intelligence,” he said. He also talked about a smart X-Ray tube system that is being developed in Germany which contours or models a patient using a camera, feeds the data to the computer system and then the X-Ray tube positions itself according to whatever part needs to be X-Rayed, without any intervention.

He concluded his presentation talking about the various exciting technologies which will come up in the near future, promising to revolutionise not only the radiology field but healthcare at large.

Challenges in teleradiology in India

New frontiers in radiology and imaging