India is a long-term, important market for Intuitive Surgical 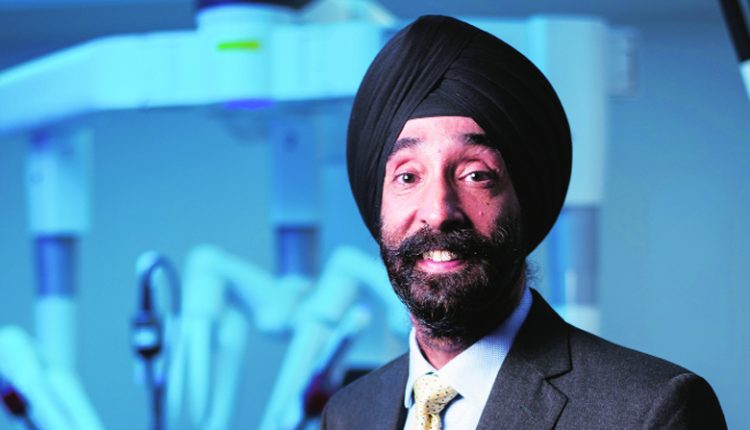 What has been the progress of robotic-assisted surgeries since its inception and how has Intuitive Surgical been part of this progress?
In the late 1980s, robotic-assisted surgery was emerging in the heart of Silicon Valley, at the former Stanford Research Institute (SRI). In the first decade of its development, interest in the nascent technology was as varied as the funding. The National Institutes of Health supported surgical applications, and by the early 1990s the US Defence Advanced Research Projects Agency had added funds in search of systems that could perform battlefield surgery. One of the founders of Intuitive acquired the initial technology from these projects, leading to further refinement and development of surgical system technology. In 1995, Intuitive Surgical Devices was founded, commercialising what was known at the time as the SRI system. In 1997, we began testing the first da Vinci surgical system. Intuitive received US FDA clearance for the first da Vinci surgical system in 2000 and since then progress has been very impressive. So we have a history of about 20 years. Overall, we have done around six million procedures and about a million were done last year itself. The company has mainly focussed on urology and gynaecology. We are now looking at expanding our focus on general surgery and more, basically trying to get the best clinical outcomes for surgeons and patients.

How important is the Indian market for Intuitive?
The robotic-assisted surgical market is in an early phase in India and is still maturing. India is a long-term, important market for Intuitive, and we are investing in India for the future. In mid-2018, we moved to a direct business structure rather than utilising distributors, and currently have installed more than 70 da Vinci systems in India.
We have the following developments in the last couple of years in India:
Last year, Intuitive established a direct presence in India. We are headquartered in Bengaluru. It is Intuitive’s sixth international office.
While our decision to go direct was recent, it was built on a foundation of many years of success and innovation in India.
The first da Vinci robotic-assisted surgery took place in India nearly two decades ago – in a Delhi hospital in 2002.
Prior to 2018, we spent a number of years giving Indian hospitals, surgeons and patients access to robotic-assisted surgery through distributors.
Our decision to “go direct” in India is a reflection of our commitment to India’s patients, surgeons, hospitals and healthcare system.

How many hospitals in India, use da Vinci?
We have installed about 70 da Vinci systems in major hospitals throughout India. Some of the key hospitals where da Vinci is installed include:

What are the company’s future growth and expansion plans to revolutionise surgical robotics in India?
We see an exciting opportunity for surgeons in India to use our robotic-assisted surgical systems to make a difference for their patients. Intuitive is building a robust presence in India to meet and support this growing interest and demand. To strengthen our presence, we have invested in training centres, hiring employees, including teams that works closely with surgeons, and to support hospitals for the long run. We recently opened an additional training centre, and we aim to provide best-in-class training and support for surgeons here in India throughout their careers – from initial exposure to and learning how to use the technology, to progressing through more advanced training. We are excited to bring our tools, technologies and solutions to surgeons in India to help improve the lives of their patients.

Often healthcare providers are vary of adopting technologies such as robotics, AI etc., with the view that they might cost them their jobs. How would you change that mindset?
The da Vinci surgical systems are designed to help or assist surgeons perform minimally invasive surgery in the most precise manner. da Vinci systems are not programmed to perform surgery on their own. Instead, the procedure is performed entirely by a surgeon who controls the system. Therefore, these technologies complement healthcare providers and do not stand a chance to replace them in any way. The benefits of robotic-assisted minimally invasive surgery have been explored in more than 18,000 peer-reviewed, published studies and reports. Robotic-assisted surgeons are able to deliver benefits of minimally invasive option including reduced scarring and lower rates of complications as well as faster recovery time.

In the Chairman’s footsteps

‘We want to make sure patients have good experience in MRI’