Dr Jaganathan Sickan, Senior Associate Medical Director, Diagnostics, Abbott stresses on the need for early detection of ovarian cancer by making biomarker tests like HE4 tests a part of routine check ups. Excerpts from an email interview with Viveka Roychowdhury 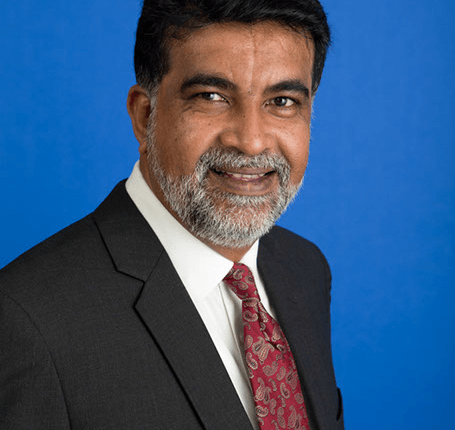 What is the threat posed by ovarian cancer in India?

Despite being the third most common form of cancer in women, ovarian cancer is the most malignant as it causes 55 per cent of cancer-related deaths in women. In India, the incidence of ovarian cancer in women ranges between 0.9 to 8.4 per 100,000 and is seen commonly above the age of 35 and more frequently between 55-65 1. Across multiple studies conducted in different regions of India, reproductive factors such as delayed childbirth and declining parity level have been strongly associated with risk of breast and ovarian cancer.2

India has the second highest mortality for ovarian cancer in the world.3 A study analysing data on 865,000 women with ovarian cancer diagnosed in 61 countries showed that India had the lowest calculated survival rate of 15.6 per cent.4

Globally, the incidence of ovarian cancer is expected to increase. Global Cancer Observatory, Globocan predicts that by 2035, there will be a worldwide increase of 55 per cent in incidence and an increase in deaths of 67 per cent due to ovarian cancer.5

What are the three critical things all women should know about ovarian cancer?

There are no symptoms for ovarian cancer:6 Women must get tested regularly to ensure either early detection or ruling out the presence of cancer. 75-80 per cent of ovarian cancers are diagnosed at stage 3 and 4, where the survival rate is only 10 per cent. When the disease is diagnosed and treated before the cancer has spread outside the ovary, the survival rate increases to 93 per cent.7

It’s more dangerous than breast and cervical cancer: Ovarian cancer kills more than 50 per cent of diagnosed patients, as most of them are diagnosed late.

Shun the shame: Alongside medical interventions, what would help is if women talk about diagnosis and surgery openly. Most women are not comfortable discussing reproductive system changes that surgery entails, and therefore shy away from even doing the critical tests to ascertain risk.

How has detection and screening evolved over the years? How can proactive screening and risk stratification be used to facilitate early detection? Which groups of women should be screened?

The ROMA (Risk of Ovarian Malignancy Algorithm) is an FDA-approved, clinically-validated risk-stratification tool, with differentiated scoring for pre- and post-menopausal women. Up to 96 per cent of ovarian cancers can be screened by the combination of HE4 and CA125 markers. This allows physicians to deploy the ROMA tool widely for risk stratification and routine screening across adult women of all ages.

For nearly three decades, CA125 has been used as a biomarker for monitoring the course of ovarian cancer. HE4 is a novel gynaecological tumour marker that shows better sensitivity and specificity in differentiating between malignant and benign pelvic masses.

Today, the process of screening is focussed primarily on an ultrasound test. Once a pelvic mass is observed, the gynaecologist takes steps to confirm whether the mass is benign or malignant. The chances of a mass being observed increase as the cancer advances, but what we really need is a robust way to detect the probability of ovarian cancer earlier. ROMA-based risk stratification tool provides us an opportunity to do exactly that.

By taking a routine blood sample, using a combination of HE4 and CA125 biomarkers and taking the age of the patient into consideration, we can compute their ROMA score, which tells us how likely it is that she has ovarian cancer. If the ROMA score is high, the physician can confirm a diagnosis through a microscopic examination of ovarian tissue. By contrast, if the ROMA score is low, it helps a physician definitively rule out ovarian cancer with greater assurance.

Are there any gaps and on-ground realities to overcome in diagnosis of ovarian cancer?

Up to 75 per cent of ovarian cancer patients will have a recurrence, and the use of HE4 in combination with CA125 to monitor recurrence is well-established. However, what is relatively less known and implemented is the potential of using the same test to screen all women during routine check-ups, to have a higher chance of detecting first-time ovarian cancer at an early stage. Abbott developed the world’s first tool to stratify ovarian cancer risk, and we are spreading awareness among clinical practitioners and patients of the power of routine screening.

As with any positive change, we will need to maintain momentum. Gynaecologists may prefer an ultrasound to a blood test given ingrained practices. We can simply add routine HE4 screening to this habit, to ensure higher accuracy of risk detection through both methods.

What could be the initiatives to bridge the gaps?
There are two elements to consider when making screening more accessible. First, we need to prioritise the use of resources to screen those who are most at risk of ovarian cancer. To name a few risk factors, women above the age of 50, women with two or more relatives who have had ovarian cancer, women diagnosed with breast cancer under the age of 50, women with delayed childbirth and those who have a family history of multiple cancers should all undergo regular screening. Second, health systems need to ensure that screening is included in the routine check-ups and screening packages that both private and public sector hospitals offer.

Early diagnosis through screening is key to reducing mortality due to cancer. How expensive is the diagnosis of ovarian cancer?
The cost to patient can vary from one hospital to another. It is important to identify cancer early so there are more treatment options and better possible outcomes for the patient — so there is value in investing resources in screening to ensure early diagnosis.

Are there public funds to organise screenings for ovarian cancer? How have other countries with the same resource crunch and socio-economic realities coped with these challenges?
While it is intuitive to approach cancer screening with a top-down solution, bottom-up solutions can also be effective. Patients play a critical role in coming forward to consult a healthcare practitioner when they observe unusual changes in their condition and asking for an appropriate test to rule out the risk of cancer. Mass awareness initiatives in the Philippines, for example, have involved the majority of medical practitioners, and have thus reached a wide patient base. Both doctors and patients understand the threat cancer poses and diagnostic methods, which makes early stage detection more likely. Of course, there are many other considerations in coping with resource crunches, but awareness forms a critical part of the answer.

How has the stigma attached to cancer in general and ovarian cancer in particular, impacted detection, diagnosis and treatment?

Gender-related cancers continue to be associated with shame and stigma in India. The impact on detection and diagnosis is significant – patients may delay visiting their doctor or shy away discussing unusual changes. Moreover, they may not get all the information and support they need to know their risk, take action if required and fight cancer successfully.

Stigma for women-specific cancers could be because of the implications it has for reproductive health and even accepted standards of beauty. Support groups can play a vital role in destigmatising the cancer and helping patients come to terms with their diagnosis. We should not ignore this human aspect of diagnosis and treatment, and much remains to be done on the ground.8

What have been the most successful ways to increase awareness and acceptance of ovarian cancer in India? Do celebrity role models like Manisha Koirala really work long term?

Sustained campaigns by Indian Cancer Society and National Institute of Cancer Prevention and Research for breast cancer have helped reduce the stigma and oncologists have reported greater awareness and discussion about lumps among women patients. Since women go to gynaecologists frequently for routine check-ups, we can expect similar success in perception and behaviour change from long-term campaigns that target ovarian cancer. The key is sustained action, in order to overcome ingrained beliefs and break taboos.

Besides social issues, is India’s healthcare infrastructure geared to detect and treat ovarian cancer across all socio-economic groups? Are women in the rural areas, the urban poor served by the healthcare ecosystem?

Access to diagnosis, treatment and specialists is critical to improve ovarian cancer survival rates. 80 per cent of all districts in India do not have comprehensive cancer centres, and penetration of radiotherapy equipment is also low.9 There is a shortage of gynaecologic oncologists in India.10 Evidence shows that surgery and treatment by gynaecologic oncologists in specialised centers is beneficial to patients.11 However, the proportion of women receiving such care varies widely across the country. The mortality to incidence ratio for women-specific cancers is worse in India compared to global peers. This can partly be attributed to low access to treatment for cancer in general.

Are there any learnings from global best practices in screening and ovarian cancer detection that can be applied in India?

Both globally and in India, we are seeing increasing adoption of the use of HE4 tests when a mass is detected in a scan. We need to accelerate the use of HE4 tests by including them in routine screenings for women. For example, Germany has the highest rate of testing before diagnosis, with 34 per cent of women with one or more family members affected by ovarian cancer being tested.12

Hospitals should be infrastructure ready for future pandemics: Joy Chakraborty

In the next five years, we see Augnito as the voice interface driving software in…