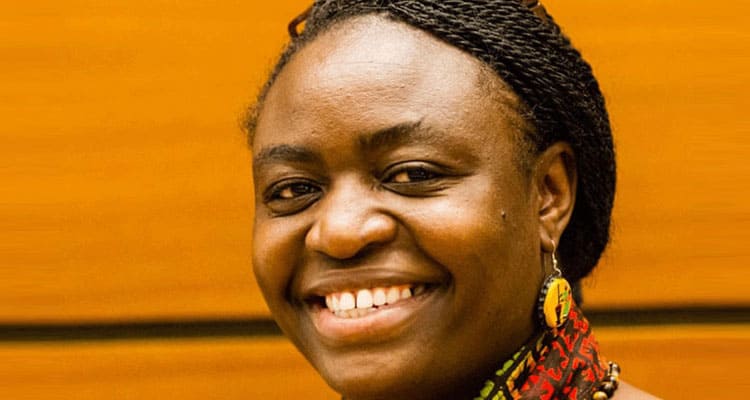 Thoko Elphick-Pooley, Director, Uniting to Combat NTDs in an interaction with Kalyani Sharma talks about the journey of Kigali Declaration in combating Neglected Tropical Diseases (NTDs) and explains the role of global partnerships in its management

Can you walk us through the journey and significance of the Kigali Declaration in combating Neglected Tropical Diseases (NTDs)?

Over the past decade, incredible progress has been made against NTDs – 20 diseases and disease groups that debilitate, disfigure and can kill. Forty-four countries have eliminated at least one NTD, 600 million people no longer require treatment for NTDs, and cases of some diseases that have plagued humanity for centuries, such as sleeping sickness and Guinea worm disease, are at an all-time low. This proves ending NTDs is possible.

However, these diseases continue to affect 1.7 billion people around the world, and we are not on track to achieve the NTD Sustainable Development Goal target. COVID-19 further exacerbated the issue, impacting the ability to reach, detect or treat individuals at risk, as programmes and surgeries were put on hold.

To ensure, the successes to date are not lost and to accelerate progress we need political leadership and global commitments. The Kigali Declaration on NTDs, sponsored by the Government of Rwanda, will be the successor to the ground-breaking London Declaration on NTDs that expired in 2020. The Kigali Declaration puts country ownership of NTD programmes, integration within and beyond health, and cross-sectoral collaboration front and centre to ensure that these programmes are sustainable in the long term. It will mobilise the political will, community commitment, and resources needed to end the unnecessary suffering from NTDs.

What will be the road ahead for the Kigali Declaration in terms of policies and other aspects?

We are now welcoming commitments and endorsements towards the Kigali Declaration. Commitments will be made by either a country, organisation, company or institution. These will be aligned to financial, health products, policy, or In Kind commitments that will set the narrative to 2030 to deliver the ambitious targets in the WHO’s roadmap and the SDGs.

Key to this success is country leadership and ownership, integration within broader health systems, and cross-sectoral collaboration. The commitments will see the integration of NTDs within national health systems, and increased cross-sectoral collaboration such as with water, sanitation, education and housing that will truly accelerate progress and deliver for those that are affected by these diseases of poverty.

The Declaration, and the commitments behind it, will be unveiled at a malaria and NTD summit on June 23rd 2022, on the margins of the commonwealth heads of government meeting in Kigali, Rwanda. We are hoping that India will be able to join us and the global community can celebrate India’s hugely successful school deworming programmes.

How critical will it be in the elimination of NTDs in the future?

The Kigali Declaration on NTDs is a high-level, political declaration which aims to mobilise political will and secure commitments to achieve the Sustainable Development Goal 3 (SDG3) target on NTDs and to deliver the targets set out in the WHO’s Neglected Tropical Disease Roadmap (2021-2030).

It is therefore critical to the success of ending NTDs. It will provide the financial support accompanied by the required policy commitments and donated medicines that will ensure the delivery of programmes across the globe.

Embedded within the declaration is country ownership which is paramount to securing long-term sustainability of programmes.

Its predecessor The London Declaration – which recently expired – helped to accelerate progress over the last decade, and shows what can be achieved by bringing all stakeholders together in partnership for a common goal. The Kigali Declaration is even more apstrational and if all stakeholder groups included in the Declaration commit to its spirit, then our goals and targets will be realised by 2030. This includes the eradication of two NTDs, the elimination of one NTD in 100 countries and the overall reduction in people requiring an intervention against NTDs by 90 per cent – freeing over 1.5 billion people from being at risk of these diseases.

Furthermore, the commitments laid out in the Kigali Declaration by their very nature capture emerging issues – such as climate change, conflict, emerging zoonotic and environmental threats to health – in the fight against NTDs and the people impacted by them. If we want to end NTDs then we must all remain 100 per cent committed and endorse the declaration.

How has COVID-19 impacted the various programs on NTDs? In light of the nexus between COVID-19 and other diseases like NTDs, do you think global collaboration and support has shown diverted attention & resources? What is the need of the hour in this direction?

COVID-19 hugely impacted NTD programmes across the globe. It halted disability saving surgeries such as sight-saving operations for the chronic stages of trachoma, the leading infectious cause of blindness worldwide. It halted mass treatment programmes, reducing the number of treatments to levels not seen since 2012. It significantly reduced case detection for diseases like sleeping sickness, where quick accurate detection is paramount to successful treatment. It will have impacted countries reaching elimination, requiring a concerted effort to scale up programmes to recover from these impacts. WHO analysis1 indicates that NTD programmes have been among the health services most frequently affected by the pandemic.

However, the economic shocks resulted in over a third of direct donor funding towards NTDs programmes being removed with little to no warning. This meant millions of donated medicines risked expiring in warehouses across Africa and has seriously impacted the ability of NTD programmes to recover from the pandemic.

COVID highlighted the importance of strengthening health systems particularly at the community level, and its impacts exacerbated inequalities, impacting the kind of communities currently fighting NTDs more than others. Concerted action is needed to strengthen health systems and resilience within these communities. Donors need to fully fund SDG 3 in all its parts, including NTDs, proving that health is a priority area.

How crucial is the role of global partnerships in the management of NTDs?

The movement to end NTDs has been defined by partnerships and collaboration among a wide range of stakeholders. This includes the world’s biggest public-private partnership. In 2012, industry partners, donor countries, private philanthropy, research institutions and civil society organisations came together to endorse the London Declaration on NTDs in support of the delivery of the first World Health Organization NTD roadmap. This partnership must be continued and expanded, with affected countries and communities at the centre. It is only through coordinated and collaborative action, with each partner playing its part, that we can meet the UN’s Sustainable Development Goals (SDGs) and achieve the targets of the WHO’s NTD road map for 2030.

Recognising the importance of partnerships and using a multisectoral, multidisciplinary and integrated approach to tackling NTDs, we are partnering with others across health – such as malaria for our Malaria and NTD summit – and beyond health such as with water and sanitation partners.

By working together, adopting people-centered approaches, and working across sectors in an integrated manner, we can end NTDs and achieve the targets in the WHO 2030 NTD road map.

Implant dentistry is changing the landscape of dentistry