Home  »  News  »  Govt hospitals in Delhi to be upgraded

Govt hospitals in Delhi to be upgraded 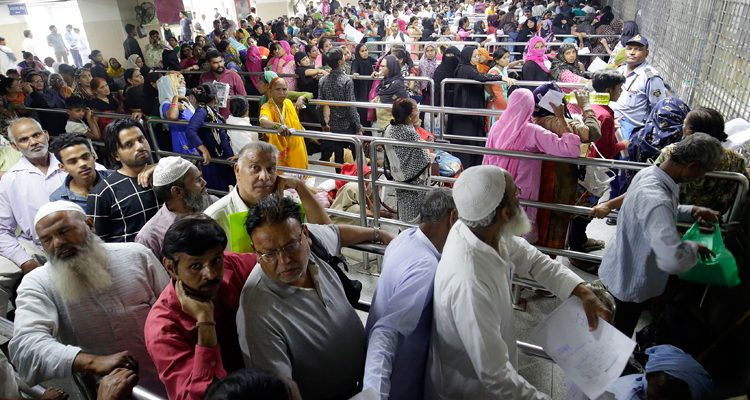 As many as 15 city government-run hospitals are to be upgraded with improved civil and medicare infrastructure and increase in bed strength, to boost healthcare facilities in the national capital, officials said recently.

The project also includes Lok Nayak Jayaprakash (LNJP) Hospital, where a state-of-the-art block will be constructed, they said.

“We are seeking to boost healthcare facilities in the national capital. And, as part of a project, 15 Delhi government hospitals are to be upgraded. This will include remodelling of various buildings, increasing bed strength, augmenting medical care infrastructure, among other measures,” a top official in the Delhi health department told PTI.

Once upgraded, the improved infrastructure at these facilities, besides other upcoming hospitals, would help address growing needs of patients, officials said.

During the recent nationwide strike by doctors, many medical bodies, including the Delhi Medical Association (DMA) has sought increase in doctor-patient ratio and appealed to the Centre and various governments to augment medical infrastructure in hospitals across the country.

The 15 facilities chosen under the upgrade project, include LNJP Hospital, LBS Hospital and Bhagwan Mahaveer Hospital.

Dr Kishore Singh, Medical Director of the LNJP Hospital, the biggest hospital under the Delhi government, which gets thousands of patients every day, said, a “major upgrade” facilities in on the cards.

“A new 22-storey gynae-paediatric-medicine block will be constructed as part of this government project. It will be a state-of-the-art facility, a tender process has begun,” he told PTI.

Singh said, as part of the project, the old OPD block’s casualty facility will be renovated with addition of 57 beds.

“We have also placed order for linear accelerator used for cancer treatment,” he added.

Senior health department officials said, “Besides the upgrade of existing facilities, three new, under-construction hospitals are in the final stages of the projects.”

These upcoming hospitals include, a 800-bed facility at Burari, 1,500-bed hospital at Dwarka and 600-bed hopsital at Ambedkar Nagar, the official said.

Delhi government in its budget for 2019-20 had allocated Rs 7,485 crore for the health sector, with Rs 588 crore being proposed for construction of new hospitals and re-modelling of existing ones.

Deputy Chief Minister Manish Sisodia, while presenting the Rs 60,000-crore budget in Delhi Assembly in February had laid emphasis on the education, health and transport sectors.