On the ocassion of World Tuberculosis Day, experts believe that the government has undertaken monumnetal efforts to eradicate the disease since 1997 but satisfactory success continues to elude us

With 17.7 per cent of the world’s total population, India is home to 27 per cent of the tuberculosis (TB) patients in the world. Monumental efforts have been undertaken by the government since 1997 to eradicate this pandemic through large-scale TB elimination campaigns – however, satisfactory success continues to elude us. 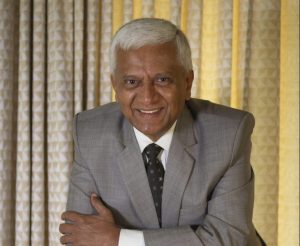 Speaking on one of the major challenges, Dr M Udaya Kumar Maiya, Medical Director, Portea Medical said, “About 40 per cent of the population in India has latent TB, and have been infected by bacteria from active TB patients. On an average, about 10 per cent of the untreated latent TB cases turn into the active form, and this is higher in people with a weaker immune system. The World Health Organisation (WHO) recommends treating only the active TB patients in countries like India where the burden is higher. However, reduction or elimination of this disease may not be possible until those with latent TB are also targeted. On a global scale, India has the highest burden of TB as well as multi-drug-resistant TB patients. The country is also placed second in terms of cases with highest HIV associated TB cases.”

Dr Ramananda Srikantiah Nadig, Head of the Clinical Advisory Board, healthi said, “One of the crucial determinants in the battle against Tuberculosis is the importance of a TB patient being fully cured after undergoing a full course of treatment since any residual bacteria might potentially evolve into a drug-resistant form of the disease. The drug-resistant or multiple drug-resistant form of TB is extremely challenging to cure and mandates a very concerted effort to prevent the loss of life. In the year 2015, 93,000 patients received treatment for drug-resistant TB as a part of the RNTCP. Another crucial factor is the identification of the precise form of TB that a patient is suffering from as an incorrect diagnosis can potentially lead to life-threatening situations.”

Commenting on the way forward, Dr KK Aggarwal, President, Heart Care Foundation of India said, “Despite several efforts to address and combat the disease, tuberculosis (TB) continues to remain a public health emergency, especially in India. Commensurate with the theme for the World TB Day 2019, “Its time”, the need of the hour is to step up on the commitment made towards eradication of this disease through concerted efforts at all levels. Year 2025 has been set as the deadline for a TB-free India by the PM, which is five years ahead of the global deadline set by the WHO. While the target sounds ambitious and promising, India must mobilise resources further to achieve this. Early diagnosis and complete treatment are extremely important to prevent and control TB. There is a need to notify every case and remove the stigma associated with the condition through awareness. The approach to all notifiable diseases should be based on DTR: Diagnose, Treat and Report; Diagnose early, using sputum GeneXpert test; Treat: Complete and effective treatment based on national guidelines, using FDC; and Report: Mandatory reporting.”

TB is one of the most formidable challenges to healthcare in India and needs to be tackled on multiple fronts. The Government of India has been making tremendous efforts towards ending the epidemic. The need of the hour is introduction of new and effective drugs and tools, improved hygiene and nutrition as well as stronger emphasis on grass-roots level TB awareness and plan implementation all over the country. TB is a major challenge, but not one that India can’t overcome with joint efforts by the public and private sectors!