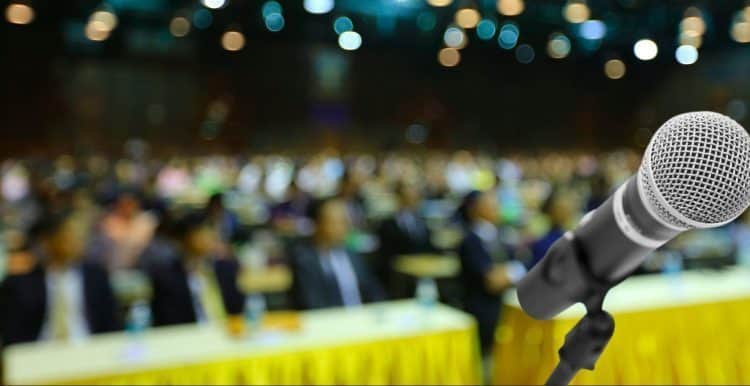 The Indian Medical Association (IMA) is opposing the central government’s decision to allow Ayurvedic doctors to be trained and authorised to perform 58 types of surgeries, including 39 general surgical procedures and 19 procedures involving the eye, ear, nose and throat.

As per the issued guidelines by the Central Council of Indian Medicine (CCIM) during the period of study, students of the Shalya and Shalakya streams of Post Graduate education in Ayurveda should be practically trained to be acquainted with as well as to independently perform 58 surgeries so that after completion of his PG degree, he/she is able to perform the procedures independently.

However, to the CCIM’s issued guideline there is strong opposition from the modern medicine doctors’ community.

Dr Rajan Sharma, National President, IMA said, “IMA demands withdrawal of the notification of the amendment regulations of Postgraduate Ayurveda Education. In the said notification the Post Graduate courses namely MS Shalya Tantra the words (General Surgery) have been incorporated. A long list of modern medicine surgical procedures have been enlisted under Shalya Tantra and Shalakya Tantra. These competencies squarely fall under the ambit, authority and jurisdiction of modern medicine having been prescribed by the then Medical Council of India as the competencies ascribable to the postgraduate course titled MS (General Surgery).”

He continued, “The AYUSH ministry has issued a clarification claiming the technical terms and the modern developments are a common heritage of mankind. However, IMA rejects the clarification as deceptive camouflage of mixing the systems of medicine. It is nothing but a blatant attempt at mixopathy and Khichadification of medical education and practice. The Central Council of Indian Medicine (CCIM) amendments cannot be seen in isolation. The National Education Policy 2020 speaks of medical pluralism and lateral entry laying the foundation legitimising Mixopathy. NITI AAYOG in its wisdom has formed four committees in medical education, practice, public health and research to officially mix all systems into one Integrative system of medicine. One Nation One System is being espoused as the official policy. All the six hundred odd medical colleges of India are expected to turn out hybrid doctors of a Khichadi medical system by 2030. This is not the issue of the profession alone. This entails serious inroads into the healthcare delivery system of the country.”

Prof KS Gopinath, Surgical Oncologist, HCG, Bangalore, President International College of Surgeon, Indian Section Council member National Academy of Medical Science, Bengaluru said, “I was astonished to see the CCIM making the decision to conduct short term course to perform surgery. Surgery doesn’t mean it is only the skill involved. If the CCIM thinks like that it is wrong. Before performing the surgical procedure the trainees will undergo knowledge in surgical anatomy, surgical physiology, pathology, pharmacy genomics, anaesthesia and critical care and all this trainees after MBBS to enter post-graduation will take up NEET examination to get entry in to the specialty programmes. This makes them a complete surgeon to reach and perform surgeries in any part of the country, being rural or academic institution. Today, rural India has grown with various facilities of digitalisation reaching to poorest of the poor. We should not ill-treat our poor people staying in rural India and we should not make them guinea pigs and scapegoat for government decision. Our people deserve a good quality surgical care to reduce the morbidity and financial burden to the exchequer of the government.”

He continued, “If government provides, spend the same budget for infrastructure development for hospital and medical professional to perform the duties to the high quality care they will be serving the community at large. This will benefit all our poor people who had no access for good healthcare, sub-standard treatment are not a replacement. Indian Medical Association has already objected to the programme of CCIM in giving short term courses. I am afraid the various accreditation bodies like NABH, NABL and NAAC will accept this kind of sub-standard training programmes as their aims and objectives to give quality care to the suffering human beings.
We appeal to the government to re think on the decision and work closely with National Medical Council, IMA and other surgical societies and train the people properly and then send them to the rural areas to give quality care to the suffering human being.”

Whereas, supporting CCIM’s move Prof Bejon Kumar Misra, Founder Director of Patient Safety and Access and also an Adviser/Consultant with Institute of Medical Sciences BHU said, “I fail to comprehend why IMA is opposing the Government’s decision to allow Ayurvedic doctors trained in surgeries not to be allowed legally to perform surgeries. I know we have several Ayurvedic doctors in Banaras from BHU who are performing surgeries for more than 40 years. Bharat Ratna Mahamana Pandit Madan Mohan Malaviya, Founder of BHU promoted Ayurveda and demonstrated how to integrate medical science, which we unfortunately lost sight. I am happy that Modi government is now seriously working towards integration of our traditional medicine in the public health delivery system and enabling patients to access quality healthcare in the most affordable manner. I suggest IMA members must visit BHU and learn from what Malaviya ji had created and established before they resist such policies, which are in the interest of our citizens. None of the guidelines published by the Government on performing surgeries by Ayurdevdic doctors compromise on the safety and health of patients in India.”

Dr Mangirish Dattatray Rangnekar, President, BAMS Graduate Association, Maharashtra, commented, “The permissions are granted to doctors who have been trained examined and functioned and supervised for nine and more years of professional life in government and private Ayurvedic medical colleges with fully functioning operation theatres with thousands doctors of surgeries performed and attended.”

He continued, “Surgery originated in India by Maharshi Sushrut regarded world widely as father of modern medicine long before western world discovered it. Surgeries were taught in great details in the Sushrut Samhita and amazes modern surgeons at the similarity in process even today and the paradox is the students of Ayurveda are being objected to carrying out surgeries though legitimately allowed by Government of India. And we welcome the step by the Government.”

“If at all IMA had to object or suggest correction they could have asked for
i)  Independent examinations of these surgeons by impartial medical surgeons.
ii ) Period of presence to train under senior surgeons extended to a year more before they entered practise.
iii) Supervised period of independent practise with allopathic surgeon and records to checked by civil surgeons office to ensure correctness of processes.
iv ) Compulsory updating of knowledge and practical processes for renewal of registrations. They could also be bonded for duty for a period of five or more years in villages and government set up to make up for lack of specialised healthcare in the nation. Therefore, “We appeal to allopathic bodies to shun this approach of opposing the notification as it would save lives and bring health to life to many an unfortunate soul in our villages facing dearth of healthcare”, mentioned Rangnekar.