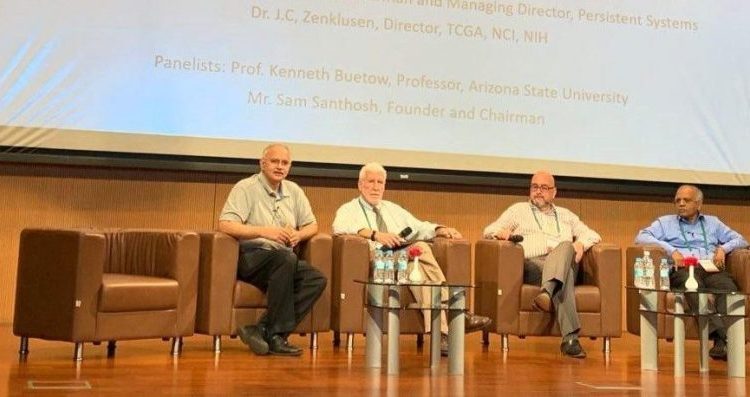 TCGA has generated more than 2.5 petabytes of genomic, epigenomic, transcriptomic and proteomic data over the years. The data, which has already led to improvements in the ability to diagnose, treat and prevent cancer, will remain publicly available for anyone in the research community to use.

The TCGA Conference and Hands-on Workshop in India is aimed to encourage the community of Indian researchers and clinicians to actively participate and accelerate cancer research discoveries to translate into clinical outcomes. Attendees include Dr Jean Claude Zenklusen, Director, The Cancer Genome Atlas (TCGA), USA along with his senior colleagues; Prof Sunil Badve, Joshua Edwards Professor of Experimental Medicine, Indiana School of Medicine, Indianapolis, USA who is coordinating between TCGA and Pune group and a large number of cancer researchers from across the globe. The Wellcome Trust -DBT India Alliance, a major biomedical funding agency in India has partnered with the Pune group in this important conference, highlighting the importance given by the Indian community to the need for a TCGA India initiative.

Dr Anand Deshpande, Chairman, Persistent Systems said, “TCGA has helped the global cancer research community work towards prevention, diagnosis and treatment of the disease. TCGA India proposes to build a similar India centric data set that will extend upon and integrate with global genomic initiatives. Software is fundamental to the TCGA initiative as an unprecedented amount of complex biological data needs to be collected, handled and managed. The India data set will help refine and discover treatments for Indian cancer patients.”

“Persistent is delighted to be co-organising the first-ever TCGA India conference in Pune to bring together global experts working in this area which will result in collaboration and innovation amongst researchers,” added Dr Deshpande.

“It is very encouraging that there is a willingness of performing large-scale genomics programs locally in India. I hope the results will be widely and openly distributed as the TCGA data was, and not restricted to commercial use.” stated Dr Zenklusen

Dr CB Koppiker, Breast Onco-surgeon and Medical Director, Prashanti Cancer Care Mission said,
“With the declining cost of genomic technology, molecular/precision oncology is fast becoming mainstream in the cancer management in India. In my breast onco-surgery practice, I have seen the significant impact of tumour molecular profiling on better surgical and clinical management decision making. However, Indian cancers have uniquely different molecular attributes than their western counterparts. Hence, taking motivation from the TCGA project, it is timely and pertinent that the onco-community joins hands to initiate high impact, large scale, multi-disciplinary initiatives that are relevant to the Indian context. Prashanti Cancer Care Mission is committed to playing a pro-active role in this effort.”

Prof LS Shashidhara, IISER Pune mentioned, “Considering human and micro-biome diversity in India and our distinctive identities compared to the rest of the world, it is imperative that more we share clinical data, better we can manage cancer at the clinical level and thereby reducing health burden in the society. TCGA India initiative provides an opportunity for Indian researchers to generate quality data and share them freely on a single platform. This initiative will also impact entire South-East Asia, given our shared biological history.”

“To make any headway against a complex disease like cancer, one has to use all the tools one can garner to understand its strength and weaknesses. Having large databases that catalogue all aspects of cancer is critical in this endeavour. TCGA-India could provide such a library and make a difference to the management of cancer patients in India and Indian diaspora which together amounts to approximately 20 per cent of the world population,” opined Prof Badve.