Role of genomics in redefining the landscape of cancer treatment 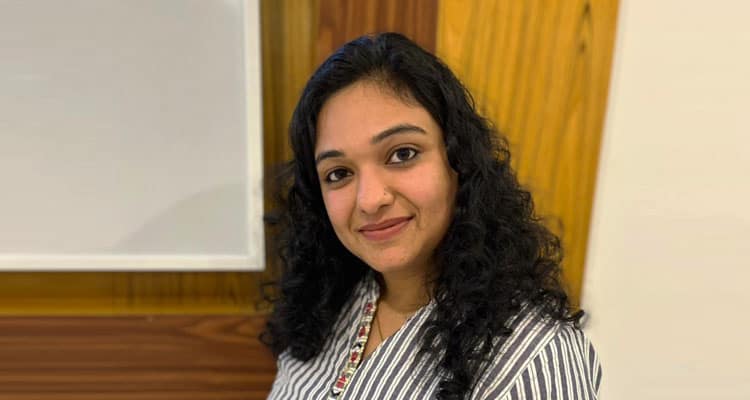 Genome is the complete genetic makeup of an individual that is made up of DNA and RNA. Genomics is the study of genomes specifically involving the analysis of genes interacting with each other in the body and the person’s environment in general. In today’s world genomics has come a long way and have made large strides in the field of medicine. Thanks to continuous innovation and technological advancement in the field of science, genomic sequencing is increasingly being used to understand and treat cancer in a more personalised and effective manner.

We have known that cancer develops due to the various genomic alterations that are present from birth or develops during lifetime in the cells of our body. Genomic sequencing can be used to identify, interpret and characterise these genomic changes and this information supports the healthcare professionals to make informed decisions for cancer management. Targeted therapies tailored for specific genetic changes in individual’s tumor are available and can be effectively used for better treatment outcomes.

The burden of cancer in India

Over the past few years cancer incidence rates have risen by 21 per cent globally, affecting over 23 million people. According to GLOBOCAN 2018 data, in 2018 there were 11,57,294 new cancer cases in India in both men and women, 7,84,821 deaths and 22,58,208 people living with cancer (within 5 years of diagnosis). The most prevalent cancer in Indian are breast, oral, cervical, gastric and lung cancers.

The estimated cancer mortality would increase to 0.70 million by the year 2026 as a result of change in size and composition of population account for 47.2 per cent of all cancers; these cancers can be prevented, screened for and/or detected early and treated at an early stage. This could significantly reduce the death rate from these cancers. Late diagnosis of cancer is a major concern in India. Especially in rural areas, cancer is not diagnosed until it reaches later stages where it starts spreading to other parts of the body and cannot be cured easily. Awareness among common people for various symptoms and available diagnostic and treatment options should be spread to help in the early management of this disease.

Over the years, technological advancement in the field of cancer diagnosis and treatment have been revolutionized. Genetic testing is now being extensively used for screening cancer patients. For eg. In ovarian cancer patients, testing of harmful genetic variants in BRCA1 & BRCA2 genes and/or Homologous recombination deficiency (HRD) status aids in deciding targeted therapy regimen such as PARP inhibitors for improved treatment outcome. A significant number of breast and ovarian cancer patients have a strong family history and an early onset. Genetic testing for inherited variants in families diagnose familial cancer syndromes and at-risk asymptomatic individuals can be put on high surveillance and prophylactic measures.

Another prevalent cancer type, lung cancer has maximum number of targeted treatments available wrt specific genomic variants in the genes such as EGFR, ALK, ROS1, KRAS, BRAF, Her2, NTRK1/2/3. These mutations can be detected in tumour tissue DNA (Tissue Biopsy) as well as in circulating DNA in blood plasma (Liquid Biopsy). Liquid Biopsy is an advanced technique in which DNA that is shed from the tumor tissue into the blood stream is isolated and sequenced to identify genetic variants. This is a non-invasive technique that is useful in scenarios where a tissue biopsy is not feasible and is very powerful in monitoring disease progression and treatment effect in terms of drug resistance. Drug resistance develops due to further changes in some specific genes after using primary treatments and can lead to disease recurrence. These resistance mutations can be identified through liquid biopsy testing further helping to decide the course of treatment.

The genomic analysis of cancers have identified certain cancer agnostic markers that can be used to identify targeted therapies across tumor types. These markers include Tumor Mutation burden (TMB), Microsatellite instability (MSI) and gene fusions involving NTRK1, NTRK2 or NTRK3. The TMB and MSI biomarkers are indicated for immunotherapy across tumor types, while the tumors with NTRK fusions can benefit from TRK inhibitors.

The pace at which genomics is developing and being implemented across the healthcare setup is providing healthcare professionals with various disease management options and improving survival rates in cancer patients. With multidimensional approach using genomics, proteomics and metabolomics data of various tumor types availability, new drug targets are being identified frequently. Improvements in sequencing technologies and data analysis methods is paving way for faster and accurate genetic testing. Newer strategies and technologies of genetic testing are coming up that can predict the recurrence of a malignancy in advance stages and evaluate the minimal residual disease for various cancer types. The future does seem to be bright for cancer patients when viewed through the glasses of genomics.

Healthcare for all: Closing the care gap in cancer treatment