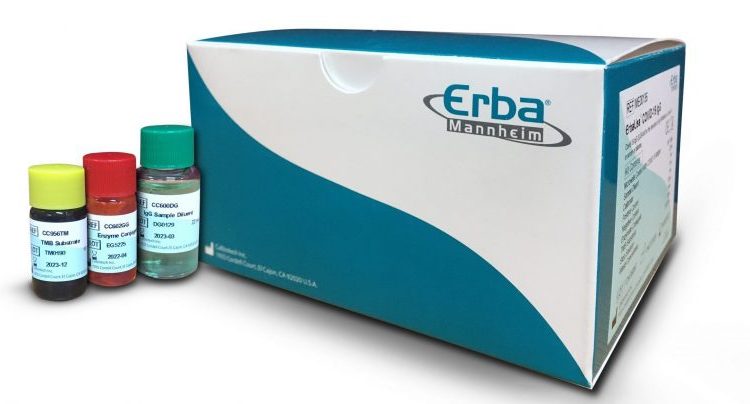 Transasia Bio-Medicals has announced wide availability of its recently launched ELISA antibody test kits through its countrywide network of over 50,000 diagnostic labs. Named the ErbaLisa COVID-19 IgG, the ELISA test kits are 98 per cent accurate and come at 20 per cent the cost of RT-PCR tests.

The ICMR, in its advisory dated June 23, has allowed private laboratories and hospitals to conduct serological tests across the general population with a view to easing the country out of the three-month lockdown. The directive takes the authorised labs for COVID-19 testing from the current 500 to over 80,000 labs spread across the country. With the government’s directive for sero-surveillance and identification of asymptomatic individuals, the states have been asked to step up their testing capacity and make testing available to all symptomatic patients. Several states like Maharashtra, Delhi, Haryana, Uttar Pradesh and Jharkhand have ramped up their testing with mega door-to-door serological surveys, and with the new ICMR directive, more states are likely to follow suit.

“With the country slowly trying to emerge from the lockdown and resume functionality, there is a need to scale up testing by at least five times in the next three months. ICMR’s mantra of Test, Track and Treat is very relevant in India to flatten the curve. ELISA test is a promising tool for sero-surveillance and to know where the disease stands in the curve. It is with this thought that Antibody ELISA tests are being widely conducted in the US and Europe,” said Suresh Vazirani, Chairman and Managing Director, Transasia-Erba Group.

Validated by ICMR and NIV, Transasia’s US-developed ErbaLisa COVID-19 IgG ELISA kit has more than 98 per cent sensitivity and specificity, and is several times more affordable and accessible than RT-PCR.

“Most labs in India are already equipped with ELISA automation and technicians are well trained for conducting ELISA tests, thus making it the ‘most conducive environment’ for testing. Compared to RT-PCR, the gold standard of testing, ELISA costs 80 per cent lesser and allows for volume testing in a short time. The approved Rapid Ag tests, on the other hand, have a sensitivity of 50 per cent, making it less reliable and requiring re-testing of large populations,” said Ravi Kaushik, CEO, Transasia Bio-Medicals.

“Transasia is well equipped to meet government’s current requirement of mass testing. Transasia’s US subsidiary, Calbiotech has a capacity to manufacture 25 lakh tests per month. Further, our new COVID-19 dedicated manufacturing facility at AMTZ will localise ELISA antibody kits’ manufacturing that will increase the capacity by four times,” added Kaushik.

Several majorly affected countries in the world are already using Transasia’s ELISA antibody test kits for past two months. “Being a global IVD player, Transasia has been at the epicentre of managing this crisis in the US, Europe, Latin American and Far-East countries. Depending upon the level of sero-prevalence of infection, governments and policy makers can plan and implement for prevention and control of the disease, with periodic sero-surveys used to guide the policy makers,” said Vazirani.

Through the last three months, since the occurrence of the first positive case in India, ICMR has been adopting a calibrated approach. In an effort to ramp up the testing capacity, the body recently released a comprehensive list of categories of people who should be tested as part of the sero-survey, including high-risk or vulnerable populations like healthcare workers, frontline workers, immune-compromised individuals, individuals in containment zones, security staff, prisoners) to know who has been infected in the past and has now recovered.

“In view of the surge of returning migrant labourers, States / UTs need to focus on more effective surveillance, contact tracing, adequate testing and timely treatment of all. This is especially true for 70 per cent of the population who reside in 5,650 talukas in India. Through the recently launched iLAB, a state-of-the-art mobile lab, Transasia has partnered with the Government for conducting 400 ELISA tests per day in these remote areas,” cited Vazirani.

“All through the lockdown, our manufacturing facilities continued to work to meet the demands of the Indian and global healthcare customers. Our sales and service frontline warriors, attended to close to 30,000 doctors and lab technicians, to ensure uninterrupted services. With all these initiatives, Transasia remains committed to a Healthy and Atmanirbhar Bharat,” said Vazirani.