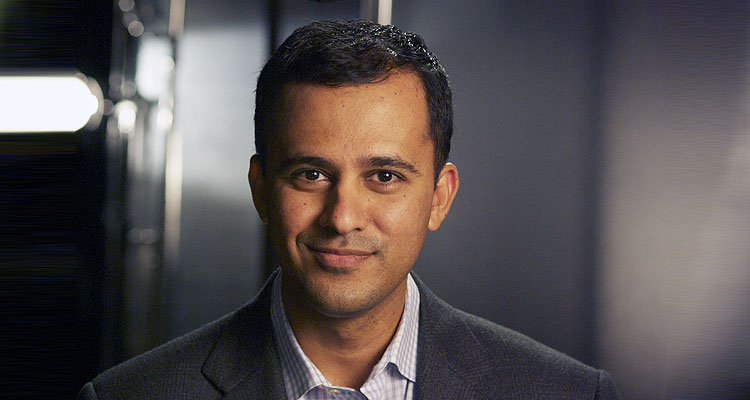 HealthCube is a ‘Make in India’ product but the important part is that we have made it for India, emphasises Ramanan Laxminarayan, Founder, HealthCube, while speaking to Akanki Sharma in a one-on-one interaction about the need for innovation in healthcare

How, according to you, can innovation be a game-changer in addressing primary healthcare problems in India? How did you come up with HealthCube?

People think and talk about innovation in terms of, not the needs, but a new technology or something which they have come up with — it could be AI, nanotechnology and so on and so forth. HealthCube came out of a simple need. Pregnant women in India face great challenges in going through just their four visits per antenatal care. As per the standard protocol, they usually have to go to get their blood pressure, oxygen saturation, blood glucose, anaemia and HIV checked. However, only five per cent women across the country actually get these check-ups done in rural areas because there are not enough health centres, diagnostic labs, etc., available. Further, if a pregnant woman has not received these four checks, she doesn’t know if she has high blood pressure, gestational diabetes or any other issue, which could lead to maternal mortality. So, the first thought towards this innovation was ‘could we build something that would solve the problem of a mother at her home?’

That was the beginning, and we found that it was indeed possible to create something (a product). Later, we realised that the problem was far beyond pregnant women, it is for all healthcare services because, in rural India, the ratio of doctors to patients varies depending on the area. For instance, the ratio in Delhi will be one patient per 500 doctors; in rural Bihar, it would be one per every 25,000 people. So, if you don’t have a doctor and an extra diagnostic lab, how will you really provide healthcare?

People often talk about ‘Make in India’. Yes, we do make in India. HealthCube is a ‘Make in India’ product but the important part is that we have made it for India. The real innovation is something that truly solves the problem for not those who can afford everything, but for those who have real problems of health and education. It is actually required to resolve the problems of such people.

What kind of diseases can this device diagnose, and in what way does it allow smart diagnostics and AI to facilitate rapid screening?

We cover cardiovascular diseases, drug abuse, infectious diseases and a whole range — because tests are done for urine analysis, malaria, dengue, chikungunya, typhoid, etc. It also conducts tests for ECG, which shows whether you have got a heart attack or a stroke. There is truly no instrument in the market that covers this entire range and that too, at an affordable price.

Talking about AI, it is a pattern-recognition tool. Today, pattern recognition is possible at a much better scale than it used to be initially, because of the power of computing. For instance, hundred years ago, if someone had malaria or not, used to be diagnosed with a human being looking at a blood slide. Thereafter, as the population kept on increasing, it went out of fashion. So, we use rapid diagnostics these days. Nevertheless, the skillset today is moving back into those blood slides again because machines are able to read those and they are able to tell about the parasite. So, that way, generally, AI pattern recognition is enabling people to do things.

Today, if HealthCube gets an interpretative ECG algorithm – not just a measure in ECG, but it will give you an interpretation with an algorithm, and that’s getting better over time. So, AI is allowing someone – just a nurse – to do an ECG on someone and get an interpretation and then refer them to a doctor if they have a health emergency. Further, this doesn’t mean that a doctor is going out of business because a machine is doing his/her job. It is rather allowing them to focus on the key people who really need their help, rather than sitting and reading hundreds of ECGs. That’s how we are all moving up in the value chain.

How much time does it take to conduct a particular test in comparison to a diagnostic lab?

The comparison with a diagnostic lab is that a test sample is transported to the lab that will take half a day. Doing a test and sending the report back is where most of the time goes, even though the actual time for doing a test is not that much. A comparison was done by a consulting agency from the US wherein they compared HealthCube with a lot of other products in terms of technical convenience, end-user convenience, technical and commercial performance, etc, and it won in all of the categories — types of tests covered, test time, blood samples, etc. Besides, it is portable, has cloud storage, is immediately connective and doesn’t require extensive cleaning.

How many people have benefitted from HealthCube to date?

In the last year, about seven lakh people have been screened and benefitted. We have completed more than 20 lakh diagnostic tests, and every day, we cover roughly about 3,000 to 4,000 people mostly in rural areas. In addition, we primarily sell this device in tier II and III cities.

In smaller towns, districts and rural areas of India, how can smart devices empower healthcare practitioners?

We have about 800 HealthCube devices across the country. It not only enables local care, but also public health. At the local level, a doctor might refer a patient to a lab (which might be for a certain specialisation unless it’s a big chain). Moreover, if it is expensive, the patient might prefer not to go there and sometimes, he/she doesn’t even have the time to visit the lab. HealthCube allows patients to conduct all their tests faster and at an affordable cost, thus enabling quality healthcare. In the past, we have screened people under ‘Anemia-Mukt Bharat’ and other programmes. In January, we had screened more than 150,000 people across India for anaemia and Body Mass Index (BMI). Apart from it, we have constantly been conducting surveys to get the outcomes. Of late, we have done that in Bihar, Chhattisgarh, Telangana and Uttarakhand.

When did you start developing this device and how cost-effective is it?

It has been a process of development since 2014. We actually started selling and deploying it only at the end of 2018. At the moment, it is the most widely used primary care technology in India because there is no other. Depending upon the configuration, it costs between Rs 80,000 and Rs 1 lakh.

During your journey, what was the biggest challenge that you faced and how did you overcome it?

To innovate and build hardware in India is something that has not been done. Hardware is really hard – that too more when it comes to medical devices – because there are regulatory barriersl one has to show that it’s accurate and tested. In the context of medical devices (Make for India), I can’t think of any other hardware innovation and I am interested in ‘Make for India.’ Every year, there are 2.7 crore pregnant women in this country. Who has come up with a hardware device for them? So, the challenge has been really that hardware is hard. India does not have a culture like that but we are starting to work with NITI Ayog (they approached us recently) and they want to get this out into all of the aspirational districts. We sell directly to the government as well as to the aspirational districts at the lowest levels. It’s easy because they need the technology and there is no middleman or bribe involved.

Name a few organisations where HealthCube is being used at the moment.

Hindalco, Grasim, Vodafone, Reliance and a few small hospitals – for instance, Pooja Maternity Hospital, Mumbai. Apart from these, we also sell in Africa because it has even bigger healthcare challenges and they don’t have as many doctors as we have in India. We are also in Kenya, Yuganda, Ghana, Angola and Democratic Republic of Congo now. In future, we will be in Europe and the US too as we have already cleared all the testing for selling in Europe, and now need to clear the FDA for getting into the US.

Currently, are you in talks with any of the state governments in India?

Uttarakhand is already in the process of procurement but mostly district governments – Bihar, Arunachal Pradesh, Chhattisgarh, and Jharkhand – said that they want to take it.

Which other diseases can be diagnosed through HealthCube except for the ones that are being done at the moment?

We keep adding tests all the time. So, we will be adding influenza in the last round. Eventually, a coronavirus test will also make it to the platform once it’s approved. We don’t do the test however, someone else does. We can include the technology once it’s available. We have particularly a lipid profile – it’s an external device now but it will come inside the box very soon. So, you will literally be able to do your HDL and LDL, among other tests, just in your house as all tests are done only with finger-prick blood.

Any other important thing you would like to add to make people aware of HealthCube?

Innovation is about solving a particular need for someone in a real way. Take things like AI and advanced material science, sensors and all of these – there is no reason that it should only be in Silicon Valley or the west because it comes here. An innovation like HealthCube can even happen in India and can go to places. It represents a ‘Made for India’ product that will eventually end up changing the healthcare system in the US, and it’s doable.