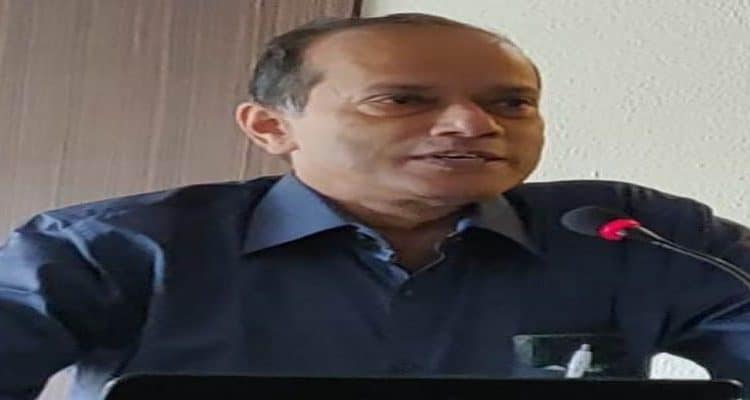 Dr Satish Tiwari, Founder Secretary, and Vice President, Infant and Young Child Feeding Chapter of Indian Academy of Paediatrics believes that qualified paediatricians and their associations have a moral and ethical responsibility to provide health education to masses so as to promote breast feeding over infant milk substitutes and ensure the proper implementation of The Infant Milk Substitutes, Feeding Bottles and Infant Foods (Regulation of Promotion, Supply and Distribution) Act, 1992

In today’s high tech era, almost any information is available at the doorsteps. But, unfortunately most of the times this may be nonspecific, biased and unscientific. Based on recommendations of International Code, Indian government enacted The Infant Milk Substitutes, Feeding Bottles and Infant Foods (Regulation of Promotion, Supply and Distribution) Act, 1992. The Act was enacted “with a view to protection, promotion and support of breastfeeding and ensuring proper use of infant foods and for matters connected therewith or incidental thereto”.

The Act controls marketing of baby foods, IMS and related products, which constitute health hazard of millions of children. Unfortunately, apathy on part of the government, lack of information and knowledge amongst health workers and guiles of companies contributed to the inertia in implementation of Act. Unfortunately, some paediatricians are of the view that, IMS are life-saving and have been helpful in decreasing Infant Mortality Rate especially in babies or newborn at the edge of viability. Hence, it seems that still there are many controversies, inadequacies and paradoxes in the act, which will hamper long-term achievements.

Amendments and the impact

The Act had many loopholes which multinational companies continued to exploit. As there was no significant impact after the enactment of IMS Act, it was amended in 2003. Some of the provisions were made more stringent.

Violation of the Act continues

Even after so many international and national legislations, some manufacturers are behaving as if these recommendations don’t affect them. The violations which are noticed by the monitoring agencies are only the “tip of the ice-berg”. The unnoticed violation continues either directly or indirectly, through the parent company or through sister concern /division.

Hence community, society or people should be vigilant enough to see that the legislations do not become merely a piece of paper. It is not only duty of the government to frame the laws but also of people, parents and community to see that misconceptions are removed. The qualified paediatricians and their associations have moral and ethical responsibility to provide health education to masses so as to remove misconception.

Do we need more stringent Acts or laws?

Despite assurances, companies continue to violate it in systematic manner and attempt to undermine its implementation. The violation of IMS Act is cognizable offence; still the violations are frequent and rampant. Does this means that there is need for more stringent legislations? Most of the activists now believe that there is need to make it as stringent as PCPNDT (Pre-Conception Pre-Natal Diagnostic Technique) Act.

Should the production be stopped?

The issue of need of production of commercial foods has been raised time and again. There are no definite advantages of commercial foods over locally available, culturally acceptable natural or home-made food. The time has now come to think of banning of production of such foods rather than regulating their use, sale or promotion. The bottle feeding is neither academically recommended nor it has any advantage, then why the bottles are freely available. Many of us feel that this is right time to create “bottle free baby friendly community or society”.

The overall impact of IMS Act is far from satisfactory. The inadequacies and paradoxes in absence of strict vigilance have badly failed in achieving the objectives of Act. The violations of provisions of the Act are norm rather than exception. So, do we need further amendments?

The concept of human milk banking is gaining momentum in India. It is right time to explore the possibility of establishing and maintaining human milk banks in facilities which provide critical care for newborn babies, so that the use of formula can be restricted or minimised.

We are living in era of human rights, women empowerment and judicial activism. The nutrition of mother and child dyad is protected under Constitution of India. The Article 21 guarantees protection of life, right to health and livelihood and Article 47 describes duty of state to raise the level of nutrition and to improve public health.

Recently, an online petition was started by a mother (whose child was fed with formula in NICU) that an informed consent shall be taken from parents before starting formula feed to their baby. She realised that what happened to her is a very rampant practice across the country. An appeal was made in this petition to the Chief Minister, Women and Child Development Minister and Health Minister of Maharashtra to make it mandatory for hospitals to ask for parent’s consent before feeding formula milk.

What is the future of this Act?

In last few decades or so, more and more babies are being fed with different type of artificial milk and baby foods. Many of us allowed the multinational companies to touch the lives of our babies, not because we didn’t care, but because we didn’t realise consequences of granting such privilege. As a responsible citizen, we shouldn’t let the Act become a mere “tooth less paper tiger”. Hence we must become activists who can help our colleagues in understanding the vision / spirit of the Act. There should be “zero tolerance” against violations of the Act.

A healthy start in life is one of the most precious gifts to newborn. The commercial products are subtly portrayed to consumers as latest, fashionable, essential and convenient to the so-called “modern parents”.  It is our responsibility to awaken consumers. We must discuss steps to be taken against a company that refuses to withdraw misleading advertisements or continues unethical promotion. As a “custodian” of health of future generation we have right to make our policy on vision of promoting and protecting infant and child nutrition.

MoH&FW has placed order with Bharat Electronics for 30,000 ICU ventilators:…