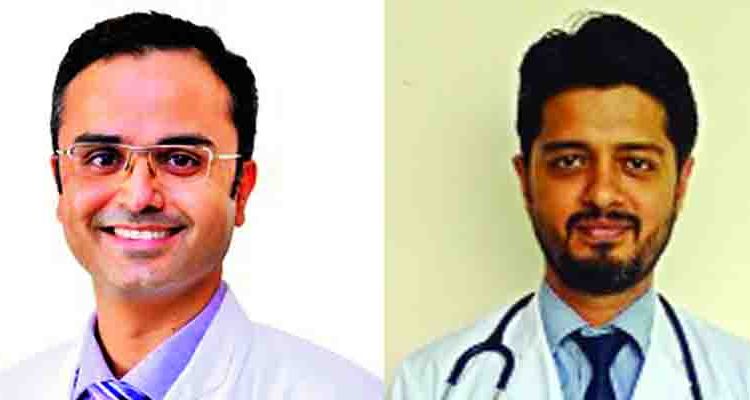 Cancer incidence and cancer-related mortality are on the rise worldwide, and India is no exception. According to the National Cancer Registry Programme of the India Council of Medical Research (ICMR), the mortality rate due to cancer increased by about 6 per cent between 2012 and 2014, and the trend is expected to only get steeper. In fact, according to a recent study, an ageing India may see cancer cases doubling every 20 years, and Uttar Pradesh, Bihar, Jharkhand and Odisha, which are currently passing through huge epidemiological changes, will bear the biggest cancer burden in the next 10-20 years. The Population Cancer Registry of ICMR also shows that breast cancer and lung cancer kill the most women and men respectively. In the long list of cancers, primary bone cancer (cancer which starts within the bone itself, also known as bone sarcomas) is a rare cancer which has been shown to constitute less than 2 per cent of all cancers in this registry. These rare cancers have a similar incidence in all populations and hence are detected in time only if there is a high index of suspicion.

While they have a high mortality if not treated in time, they can also be associated with high morbidity in the form of loss of limbs. On the other hand, timely detection will affect a cure in up to 65-75 per cent of the patients. These cancers affect children and young adults more than older population, thereby affecting patients who are in productive, crucial stages of their lives. The treatment of these cancers usually involves a combination of surgery, chemotherapy and sometimes radiation therapy. The rarity of these cancers, coupled with a frequent need for multidisciplinary treatment, makes it imperative that these patients are treated only in specialised centres with expertise in managing bone sarcomas, including orthopaedic oncology, pathology, radiology, medical oncology, radiation oncology, physiotherapy and psycho-oncology. It has been proven beyond doubt that the outcome of patients with sarcomas is best when they are referred early to a specialised musculoskeletal oncology centre. In fact, even patients who undergo a biopsy (the initial diagnostic procedure for these patients) at a non-specialised centre have more chances of a compromise in their outcomes, both in terms of life and limb.

A lot of advancements have happened in bone sarcoma management, bringing up both survival and limb salvage rates. Accurate preoperative assessment of the extent of the tumour by MRI, precise staging, refinements in pathological diagnosis, help the treating team make the correct diagnosis, pick up the right treatment regimen in the correct sequencing, and choose the correct form of surgery for the patient. Development of better chemotherapy protocols over decades has ensured a larger number of patients survive the disease. Equally important, if not more, is the increasing awareness among primary physicians, orthopaedic surgeons and public at large about the possibility of a bone sarcoma in a child or a young adult (or, in fact, any age group) who has an unusual bony pain not getting relieved by usual means, a bony swelling or a fracture with a trivial injury.

Like all cancers, the focus is now not increased survival along with the preservation of form and function of the limb as well. Amputations used to be commonly performed for these cancers a few decades ago. The good news is that there are now numerous centres across our country who have good sarcoma management units, even if there is a need for many, many more. At most specialised sarcoma centres in today’s times, more than 90 per cent of these patients undergo a limb-sparing surgery (or limb-salvage surgery), and amputations are very rarely required. This involves complete cancer removal along with a layer of surrounding normal tissue, and reconstructing the defect with a suitable means, most commonly prosthesis. Since complete removal of cancerous bone with an extra layer of bone as safety margins is curative, surgeons usually tend to err on the side of removing more bone rather than less, to be sure of complete disease removal. The two inherently contradictory attempts to remove the extra layer of bone for optimum cancer control and saving maximum possible bone for better function are the reason surgeons have to look for means to optimise both complete cancer removal but also saving not just limbs, but also joints and growth plates, if possible.

This is where new technology, computer navigation assisted bone tumour surgery, has come in as a breakthrough. Now available in India, this is a technology which enables the surgeon to exactly reproduce the precise surgical plan that is made preoperatively, making sure minimum bone needs to be removed and maximum form and function of the limb retained. As the MRI and CT scan images are loaded on to the software, the bone in question is registered (making it a ‘map’ to be charted by a ‘GPS’) and the instruments are calibrated, so as to give real-time feedback on the placement of cutting instruments with respect to the tumour. This intraoperative ‘GPS’ gives the orthopaedic oncologist the precision in placement of instruments on the bone reaching sub-millimetre accuracies. These instruments can then cut just the amount of bone that is required to be sacrificed for disease clearance while retaining a lot of precious bone which would have been otherwise removed.

This potentially means that we can save more bone close to a joint, thereby avoiding joint replacement in a young patient, or even a growth plate of a young child, preserving the growth potential of the limb. Navigation also shows the surgeon critical structures like blood vessels and nerves in the vicinity of bone (particularly in cancers involving the bones of pelvis and sacrum), making these major surgeries safer and more effective. Giving the surgeon more confidence to make closer cuts, computer navigation has been shown to reduce bone loss, blood loss and operative time without compromising disease clearance. Hence, computer navigation is being seen as the next big thing in orthopaedic oncology surgery, which adds to the safety and precision of these surgeries.

The rarity of these cancers, coupled with a frequent association of these symptoms with an injury in a playful child or an athletic adolescent, is a reason for a frequent delay in diagnosis and hence a delayed referral and treatment, leading to a compromise in survival and limb salvage. The need of the hour is to create awareness about the importance of early referral, and management at specialised centres right from the beginning of diagnosis and staging. A number of societies, NGOs, medical institutes and organisations in India are working towards creating this much- needed awareness which will hopefully bring further improvement in bone sarcoma management in India.