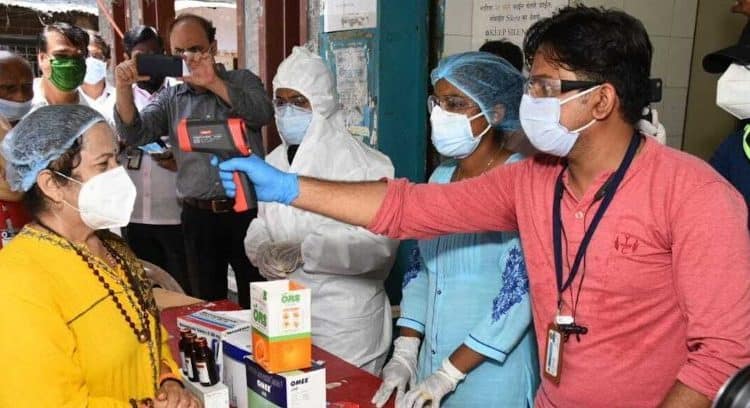 In order to reduce the number of COVID patients to zero, this initiative has been started by Kishori Pednekar, Mayor, MCGM. The ‘Mission Zero’ initiative has now been launched in South Mumbai in collaboration with the Greater Mumbai Municipal Corporation, Bhartiya Jain Sanghtana (BJS), Desh Apnayen and CREDAI-MCHI to curb the growing corona outbreak.

Considering the increase in patients in some parts of Mumbai, the Corporation decided to implement Rapid Action Plan in those parts. Taking cognisance of it, this initiative was recently launched to achieve the goal of ‘Mission Zero’. Accordingly, a three-week Mission Zero campaign has been launched at Dahisar, Borivali, Kandivali, Malad, Andheri, Mulund and Bhandup.

As part of this initiative, to begin with seven mobile vans will be there at the doorsteps in South Mumbai. These vans will run mainly in Worli, Antop Hill, Dongri, Wadala, Charni Road, Girgaon, Fort, Colaba, Dadar. These mobile vans will go door-to-door in the areas where corona patients are found and will investigate the suspects. The doctor will immediately give the necessary advice to the corona suspects found during the screening. The campaign is being carried out to ensure that no corona patients escape.

Pednekar congratulated the initiative and said that South Mumbaikars will benefit from this commendable initiative being implemented by Bhartiya Jain Sanghtana, Desh Apnayen and CREDAI-MCHI. So far, various measures have been taken by the Municipal Corporation to control COVID. But it has not yet been eradicated and hence, this initiative to make ‘Mission Zero’; campaign a success. Such an appeal was made by Pednekar at this time.

Nayan Shah, President, CREDAI-MCHI said, “Our doctors have been working hard since April to curb COVID. So far, five lakh patients have been examined in Mumbai and suburbs. 8,000 corona suspects have been advised to go to government hospitals. We will continue to do the same in our Phase II of Mission Zero. We are trying to make Mumbai 100 per cent corona free.

Expressing strong beliefs in this, Dharmesh Jain, Past President, CREDAI-MCHI said, “We are committed to the objective of ‘Mission Zero’ initiative. We are confident that the corona will not spread if timely treatment is started on all infected and potential corona patients in the area.

Shantilal Mutha, Founder, BJS said that since April 1, about 1.5 million patients have been examined. Of these, 19,000 suspected COVID patients have been advised to go to government hospitals. Under ‘Mission Zero’, all corona patients will be quarantined or hospitalised for treatment before the infection spreads through maximum corona testing.

Vallabh Bhanshali, Chairman and Co-Founder of Enam and Desh Apnayen, said, “We passionately believe that a better democracy and a brighter future awaits us when citizens are alert, and well informed about the issues and problems they face, and actively work alongside govt to solve them. This multi-party effort to launch the ambitious Phase II of the fight against COVID, is a rare Action spirited project, and is a torch bearer to tackle all kinds of issues the community faces.”