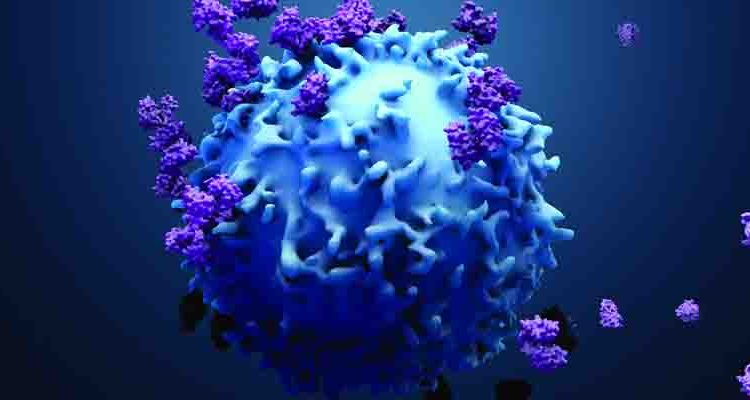 Developed by researchers at Weizmann Institute of Science in collaboration with Broad Institute of MIT, Harvard have used the method to single out a gene that can be targeted for effectively treating breast cancers with BRCA mutation

Choosing the right drug for each cancer patient is key to successful treatment, but currently physicians have few reliable pointers to guide them in designing treatment protocols. Researchers at the Weizmann Institute of Science in collaboration with Broad Institute of MIT and Harvard have now developed a new method for selecting the best drug therapy for a given tumour based on assigning scores to the cells’ internal messaging activities. In addition to helping physicians choose from a list of existing treatments, the method can help identify new molecular targets for the development of future drugs. In fact, the researchers have already used it to single out a gene that can be targeted for effectively treating breast cancers with a BRCA mutation. The study  was recently published in Nature Communications.

The most common molecular way of matching drugs to a tumour is to look for particular mutations in the tumour’s cells. Unfortunately, the presence of such mutations is no guarantee a drug will work, and, in any event, many drugs are not aimed at mutations to begin with.

Two labs – one headed by Dr Ravid Straussman of Weizmann’s Molecular Cell Biology Department, the other by Prof Gad Getz of the Broad Institute of MIT and Harvard – joined forces to develop a more effective approach, basing their study on the enormous datasets on cancer that have become available in the past few years. This approach does not rely on mutations or on individual genes, but rather on signalling pathways: chains of biochemical signals that convey crucial cellular messages, for example, whether a cell should divide or grow, or in what way its metabolism should be altered. Numerous genes are expressed in the cell in order to transmit the message in each pathway, so sophisticated methods are needed to uncover the activity in these chains.

Postdoctoral fellow at the Weizmann Institute of Science, Dr Rotem Ben-Hamo analysed vast international datasets containing information on the expression of all genes in ~ 460 cancer cell lines – that is, different models of cancer – from ten different cancer types. Using an advanced bioinformatics tool, ‘PathOlogist’, developed by Prof Sol Efroni of Bar Ilan University, the researchers assigned to each pathway an activity score, which takes into account not only gene expression levels but also prior knowledge about the structure of each pathway, the interactions of the genes within it, and whether a given gene blocks or stimulates the pathway’s message. The scientists then correlated these scores with datasets containing information on the sensitivity of different cancer cells to nearly 500 different anti-cancer drugs.

They found that the activity scores of some of the pathways enabled them to predict whether a specific cancer would be sensitive to a particular drug. In other words, the researchers created a profile for the cancerous tissue that could direct clinicians to the best drugs for eradicating the tumour. Overall, they were able to make such predictions for more than 30 existing drugs. For example, when certain lung cancer cells had a high score for a pathway triggering apoptosis, a form of cell suicide, these cells were likely to be killed by a class of drugs known as microtubule inhibitors.

Next, the scientists showed that they could use the pathway knowledge not only to predict but to alter the cells’ response to a drug. They obtained from one patient lung cancer tissue in which, according to their analysis, the apoptosis-triggering pathway was not particularly active. In test tube experiments this lung cancer tissue, as expected, was resistant to microtubule inhibitor drugs. But when, in addition to microtubule inhibitors, the researchers simultaneously applied a substance that increased the activity in the apoptosis pathway, these drugs effectively killed the cancer cells.

In further analysis of the datasets, the researchers correlated the activity scores of signalling pathways with yet another type of information: which genes play such an essential role in various tumours that silencing, or blocking these genes can kill the tumour. They found that here too, the pathway scores helped them identify such ‘sensitive’ genes in a variety of tumours. For example, they found that breast tumours with specific activity in the BRCA pathway – which correlated with the presence of a BRCA mutation – were extremely dependent on the activity of a gene called MAD2L1. The bioinformatics analysis predicted that silencing this gene can result in the death of tumour cells in patients with a BRCA mutation. This prediction can serve as a starting point in the search for new or existing drugs to treat this devastating breast cancer.

Overall, the study’s findings suggest that signalling pathways can serve as predictive biological markers in personalised medicine of the future, helping physicians tell in advance which patients will best respond to which drug. Moreover, the pathways can help researchers identify the Achilles heel of various tumours to which drug development can be directed.

ABC transporters are selective about type of carbohydrates they transport into cells: IIT Guwahati Researchers