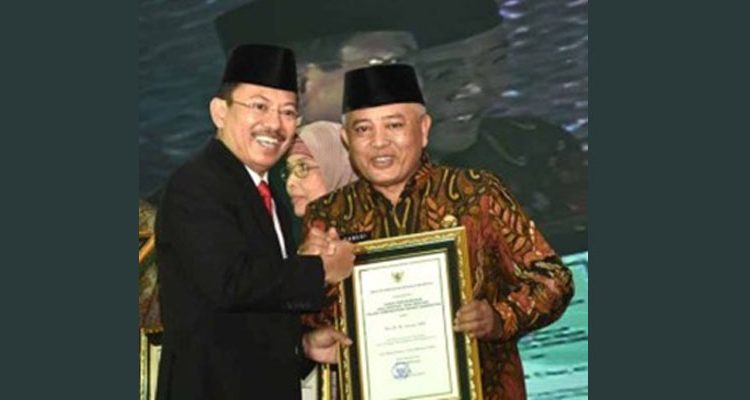 The Malang district government in Indonesia has received the best health services innovation award 2019 from the Indonesian Ministry of Health for their pioneering role in strengthening community base healthcare through the SMARThealth Extend Program which was implemented with the collaboration of The George Institute for Global Health.

Lulus Tjondro Trikoratno, the SMARThealth Extend programme coordinator at Malang District Health Agency, explained that the national award committee selected this programme as the winner because of its practical mobile technology innovation and more importantly as the programme demonstrated real benefits to the people in Malang.

Dr Sujarwoto, the lead collaborator for SMARThealth Extend study in Indonesia stated that in March 2019 the Malang SMARThealth Extend team was invited to the Ministry of Health office at Jakarta to present their innovation along with other districts in Indonesia. Among hundreds of competitors from provincial and district governments across the country, SMARThealth Extend programme was shortlisted for a field evaluation by the national committee.

Lulus further explained that the national committee for the 2019 award monitored and evaluated the programme between July and September 2019. The national committee came to pilot villages and witnessed how the program works. They were very impressed with the SMARThealth innovation to strengthen primary health care for cardiovascular diseases risk management.

The Director General of Non Communicable Diseases Prevention and Control, Ministry of Health, Dr Cut Putri Arianie, MKes, mentioned that she was really influenced with the innovation and proposed to learn from Malang District Health Government for possibility to strengthen national programme for NCD prevention and control through community-based healthcare in the future. She also hoped that the Malang District Government will be able to scale up the innovation in the future.

Commenting on the award, Professor Anushka Patel of The George Institute for Global Health, indicated that Institute was encouraged by this honour bestowed on the SMARThealth Extend programme.

Dr D. Praveen, who led the SMARThealth study in India’s West Godavari district in Andhra Pradesh and the SMARThealth Extend projects in Indonesia and in Jhajhar district in Haryana, said that the platform has the potential of revolutionising NCD care at individual, community and system levels and the near consistent results in all the areas that it was implemented especially the benefits of task-sharing between doctors and community health workers is truly amazing.