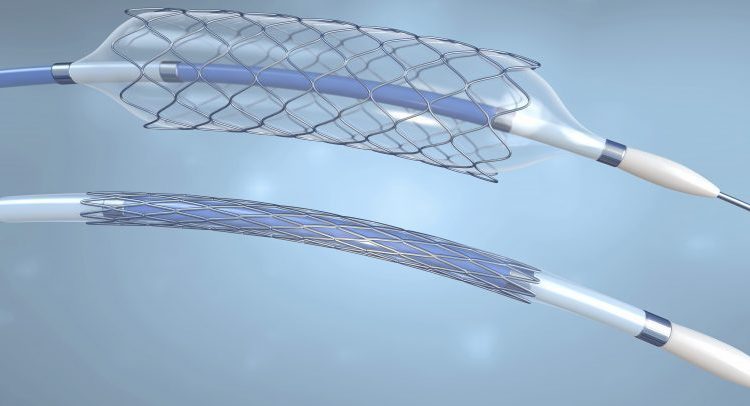 Patients who got Supraflex stent had target lesion failure occur among 6.9 per cent at 720 days vs 7.9 per cent of Xience recipients

The Supraflex drug-eluting stent (DES) from SMT maintained numerically lower outcomes at two years of follow-up in a randomised trial against Abbott’s Xience stent, according to results presented at Transcatheter Cardiovascular Therapeutics (TCT) 2019 in San Francisco.

Patients who got Supraflex stent in the Talent trial had target lesion failure occur among 6.9 per cent at 720 days (vs 7.9 per cent of Xience recipients), according to a presentation by Dr Azfar Zaman, MD, Cardiac Catheter Laboratories, Royal Freeman Hospital, UK.

Dr Patrick Serruys, Prof and IC, Interuniversity Cardiological Institute of The Netherlands, Netherlands was the chair for the TALENT trial. The findings of the TALENT trial were presented at the Transcatheter Cardiovascular Therapeutics 2019 (TCT), a conference of cardiologists currently concluded in San Francisco, USA.

This study was conducted in seven countries – United Kingdom, Netherlands, Poland, Spain, Italy, Hungary and Bulgaria – across 23 centres with a sample size of 1435 patients. Xience is regarded as global standard in safety and efficacy for drug eluting stents.

Presenting the findings of TALENT trial, Dr Zaman said, “Safety and efficacy of Supraflex SES with ultra-thin struts and biodegradable polymer were compared with Xience EES in all comers-population. Supraflex was found to be non-inferior to the Xience for DOCE (device-oriented end points) at 24 months in an all comer-population.”

Dr Upendra Kaul, Prof and Dean, Batra Heart Centre and Dean Academics and Research, BHMRC, New Delhi was the co-chair of the TALENT Study. Commenting on the study, Dr Kaul said, “There remained a perception that stents produced outside of India were superior to home-grown devices. There were demands from Indian manufacturers to prove that their devices are comparable to those made elsewhere in robust clinical trials.”

The individual components of this endpoint suggest that this difference was mainly driven by MI:

Over the entire two-year study period, stent thrombosis rates were similar between Supraflex and Xience groups. However, late and very late instances were more likely with Xience (0.5 per cent vs 1.0 per cent).

Piyush Savalia, CMO, SMT said, “The result of Talent two-year data has proved that Supraflex stent with the best in class features – Ultra thin strut thickness across all diameters, proprietary biodegradable polymers matrix and sirolimus drug is not only as safe as the best in class stent but is numerically better in efficacy in almost all parameters at two years. The results from the all comers trial gives confidence to the physicians across the globe and will help in wider adaption.”

MaxiVision aims to launch 15 more hospitals by 2021 in JV