The political economy of heart health 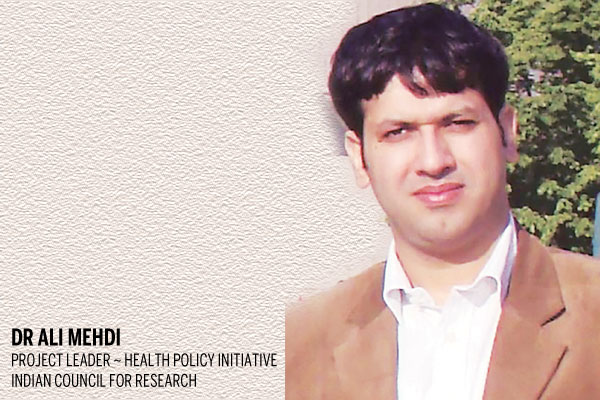 Every World Heart Day, there is a deluge of advice on how to keep our hearts healthy, focussed on diet and exercise regimens. With cardiovascular diseases (CVDs) being the world’s leading killer, accounting for almost a third of all deaths in 2015, and India being the capital of CVD deaths under the age of 50 years, the most active and productive segment of the population, such advice is highly warranted. A number of questions remain though.

Are we getting the right kind of lifestyle advice? Are lifestyle changes enough to make our hearts healthier and prevent premature mortality due to CVDs? What is the role and responsibility of the government in this regard? In India, CVD deaths increased by 69 per cent between 1990 and 2015, killing 364,865 and causing 19 million disability-adjusted life-years (DALYs) vis-à-vis 224,831 and 12 million in China per year in 2015. I believe that unless these fundamental questions regarding heart health are discussed and addressed, we are going to lose more lives and life-years at younger ages. This is already happening – between 2000 and 2015, the prevalence of coronary heart diseases increased from 2.7 to 8.2 million among urban youth aged 20-29 years, a group not traditionally regarded at-risk of heart ailments. Our pledge on World Heart Day should be to prevent the premature onset of heart diseases, disability and deaths.

To begin with the first question, access to the right kind of information is itself highly asymmetrical in our society. The poor and those in rural areas, exposed to low quality healthcare and providers, are particularly disprivileged in this regard. Even those who are relatively privileged cannot always be sure whether they are getting the right information, coming as it does from a range of unverified sources. Further, lifestyle advice should be tailored to the specific health as well as economic status – and possibly sociocultural background – of individuals. How often does that happen? How many of us can afford to, or have cared to, visit a lifestyle consultant? On their part, how many lifestyle consultants care about the background of patients? The problem is structural rather than individual. With an overwhelming orientation and incentivisation towards curative care, specialist doctors are considered as leading lights and ‘saviors’ in hospitals, with lifestyle consultants either non-existent or relegated to a corner at best. They need to be an integral part of health systems right from the primary level, and should play a central role in the monitoring and modification of lifestyles at the population as well as individual levels, if we wish to prioritise prevention of CVDs as well as other chronic diseases. Quite importantly, they should be able to provide information and advice which is sensitive to people’s health as well as economic and sociocultural background. Without that, the advice is almost irrelevant and unlikely to be taken seriously. An important basis for quality advice would be regular screening for CVDs and related risk factors – high blood pressure, cholesterol and fasting plasma glucose being the top three culprits for CVD deaths in India – which thankfully a number of states have already initiated. More than such programmes, it is critical for the government to drive a strongly preventive orientation – through a series of incentives and disincentives – in the healthcare and other systems. Several steps like sin taxes have been taken in the larger ecosystem, but a lot still needs to be done as far as health care systems, both public and private, are concerned.

The role and responsibility of the government would not end there. It is widely known that a major cause of high blood pressure and glucose, for instance, is stress. You can tell people not to stress, to practice yoga, but that’s not going to be enough. There are several factors in the broader political economy of the country which cause stress – for instance, political voice and representation, social peace and harmony, meaningful job, quality of life, to name a few – and unless they are addressed, stress and violence are only going to increase, with deep-rooted ramifications for people’s survival, due to CVDs as well as otherwise.

One of my uncles died aged 36 years during the Ayodhya riots of 1989 due to severe anxiety that he won’t be able to save his family. Medically speaking, it was a CVD death. Well, he might have been weak at heart. But is he alone to be blamed for his death? With rising aspirations and enhanced sense of insecurity – economic and otherwise – mental health has emerged as a huge cause of concern in India. Can we simply blame individuals and be content with lifestyle changes and yoga alone?

If human flourishing is the ultimate goal of public policy, as Aristotle suggested, the government will have to address the political economy determinants of stress and heart health. There isn’t just something wrong with our lifestyles that we have been the world’s capital of premature CVD deaths – there is something much more fundamental that needs to be acknowledged and addressed. Even for lifestyle changes, the government will have to ensure that people can afford / access healthy and safe food, green spaces and clean air, for instance. There have been steps taken by the government on these fronts, but there is a lot more which needs to be admitted and acted upon.